Jordan Spieth has confirmed he will be playing the Genesis Scottish Open alongside world number two Collin Morikawa. 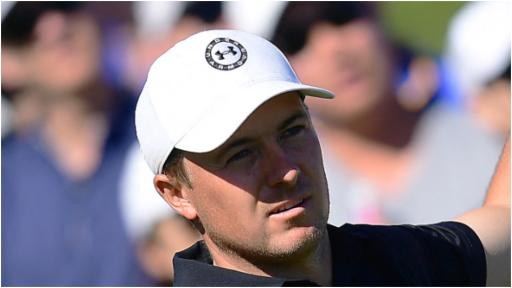 Jordan Spieth leads a list of elite names who have confirmed they will be playing the 2022 Genesis Scottish Open.

In the third Rolex Series event of the season, Spieth will join Collin Morikawa alongside Scotland's Bob MacIntyre and Min Woo Lee.

It marks a new era for the tournament, which is co-sanctioned by the DP World Tour and the PGA Tour.

The tournament will be played at Renaisannce Club from July 7-10. Morikawa, 25, had an interesting time the last time he played there.

He struggled and missed the cut. But then returned a short time later to win The Open Championship at Royal St George's.

His victory at Royal St George's was his second major title following the 2020 PGA Championship.

Morikawa also won the WGC-Workday Championship and the DP World Tour Championship en route to winning the Race to Dubai.

He said: "I can’t wait to return to the Renaissance Club in July. Making my debut in the Scottish Open last year was huge – it was a great learning experience and it all paid off the following week.

"I hope to have two great weeks in front of the Scottish fans this July, and I would love to lift the Genesis Scottish Open trophy before going on to defend the Claret Jug."

Spieth will be aiming to emulate his US Ryder Cup team mate this season as he makes his Genesis Scottish Open debut in the week before The 150th Open at St Andrews.

Already a three-time major winner, Spieth first claimed the Claret Jug in 2017 after triumphing in the 2015 Masters and US Open.

The 12-time PGA TOUR winner and 2015 FedExCup champion said: "I've heard a lot about the Genesis Scottish Open and the Renaissance Club and I'm looking forward to making my debut as part of an exciting two weeks in Scotland this summer.

"It’s a historic tournament that always has a strong field and position on the schedule. I've won in Australia in the past and this would be the perfect place to add another overseas victory to my resume.”

More: "The one time I'll talk about this" - Jon Rahm

Scotland's number one MacIntyre will be making a fourth consecutive appearance in his home open.

The 25-year-old burst onto the scene in 2019, picking up the Sir Henry Cotton Rookie of the Year award after a season that included three runner-up finishes and a tie for sixth place in his major Championship debut at The Open.

He followed up on that promise by winning his first DP World Tour title the following season at the 2020 Aphrodite Hills Cyprus Showdown.

He said: "There's nothing better than playing in front of Scottish fans, and it’s safe to say it would be a dream come true to win my home open.

"It's shaping up to be an exciting summer of golf in Scotland and the Genesis Scottish Open is right at the heart of it. I'm looking forward to welcoming some of the best players in the world to my home country, but my main focus is getting a Scottish name back on that trophy."

For Lee, it will be a return to the scene of his greatest victory so far, as the Australian held his nerve to collect his maiden Rolex Series title with a brilliant play-off victory over Thomas Detry and Matt Fitzpatrick at the Renaissance Club in 2021.

It was his second DP World Tour victory, following his win on home soil at the ISPS Handa Vic Open the previous year.

The defending champion said: "Last year at the Renaissance Club was such an awesome experience. I was proud of my game on Sunday and how I closed out the play-off for my first Rolex Series title.

"It was a huge win and opened up even more experiences, like playing in The Open for the first time the following week. My aim is to keep my hands on that trophy this season."