Martin Kaymer and his partner Irene Scholz are expecting to have their first child in January. 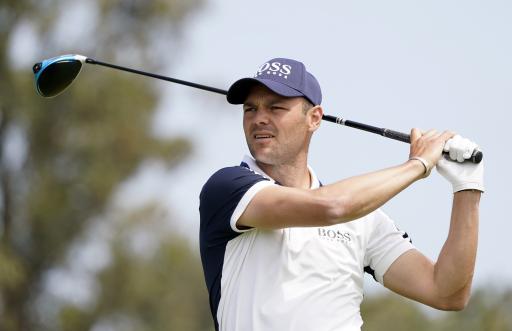 Two-time major champion Martin Kaymer is set to take three months away from golf for the birth of his first child.

Speaking to a German golf magazine yesterday, Kaymer said he will return to competition in March, as he and his partner Irene Scholz are expecting their first child in January.

"Our child will be born in Germany and I won’t play any tournaments for three months and only start again in March," the German said to Golf Magazine.

The 36-year-old also said that he found it difficult when commuting from America to Europe, so he will look to permanently base himself in America in the future.

Right now, Kaymer is the shadow of the player he used to be. He is currently ranked 118th in the world rankings and he finished 49th in the Race to Dubai.

He played in five PGA Tour events in 2021 and he missed the cut in four of them, including The Open Championship and the PGA Championship.

His form on the DP World Tour slightly picked up in 2021 with top-five finishes at the Austrian Golf Open and the BMW International Open.

However, these were his only top-10 finishes of 2021. He will look to strengthen his game when away from the course, preparing for the birth of his first child.

Kaymer won his first major championship in 2010, memorably beating Bubba Watson in a playoff for the PGA Championship at the treacherous Whistling Straits.

In 2014, he won the Players Championship and the US Open. These victories came two years after he sunk the winning putt for Team Europe at the Ryder Cup to complete the Miracle at Medinah.

NEXT PAGE: PERFECT YOUR BALL POSITION WITH THESE GREAT GOLF TIPS