As players scramble to get home, Thomas Bjorn posted: "Let's hope this variant is not as serious as the scientist are fearing." 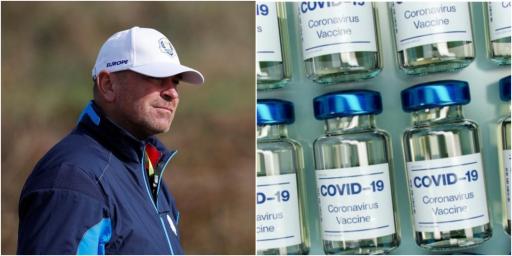 The discovery of a "heavily mutated" COVID-19 variant has led to a number of golfers from the UK and Ireland withdrawing from the Joburg Open.

After a weather disrupted 18 holes at the first event of the now DP World Tour, it was revealed the new variant is of "signficant concern".

In a desperate bid to contain the spread, flights to England from South Africa and several other countries have been added to the red list.

This means that anyone arriving in the UK after 4am on Saturday, 27 November will need to stay at a managed quarantine hotel.

Thomas Bjorn posted a message, hoping that pros would be able to get home safely.

Kevin Pietersen urged the DP World Tour to charter some jets to get their UK based players back home.

Play has been suspended due to inclement weather #JoburgOpen pic.twitter.com/DW8P3NEe2e

The @DPWorldTour can sort out the ticking time bomb of player loyalty in the world of golf TODAY, by chartering some jets to get their UK based players back home from SA this eve!

It would show HUGE loyalty to the players!

The players who withdrew from the Jobrug Open are:

I feel for all our @DPWorldTour staff, our players and caddies who are now scrambling to get home.
Let’s hope this variant is not as serious as the scientist are fearing.
Stay safe people

There are other players who have decided to play on. They include David Drysdale, Ross Fisher and Oliver Wilson.

The UK's health secretary, Sajid Javid, today told members of parliament that the new variant is of "huge international concern".

There are now travel restrictions on six African countries.

Alarmingly, the BBC have reported that a top health offical described it as "the most significant variant" to date.

Other countries such as Germany, Italy, Israel and Singapore have also restricted travel.