We take a look at some of the best game improvement irons on the market in 2020. 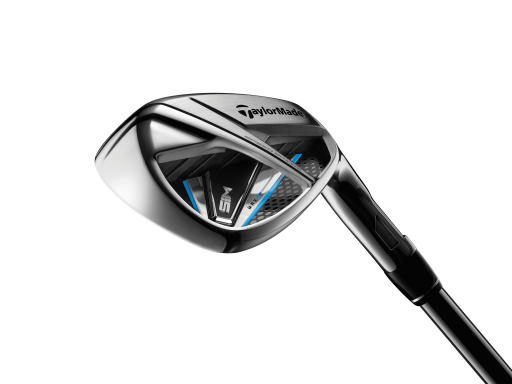 With golf courses back open for business it might be time for a new set of sticks. There's been a lot of fantastic new golf equipment that has launched in 2020, including game improvement irons packed with new technology.

Game improvement irons are extremely versatile. Whilst they are typically designed for mid-to-high handicap golfers, due to the high amount of distance and speed the clubs produce, they can also be useful to low-handicap players too.

Even players on the PGA Tour like Rickie Fowler like to carry a game-improvement long iron, as they are much easier to hit and launch high into the air.

Due to the ongoing fight against COVID-19 and the coronavirus lockdown, we haven't been able to get out and produce our yearly video on the best game improvement irons just yet, but we thought we'd showcase some of the best we've seen this year.

The increased rigidity in the topline and upper perimeter of the face delivers improved sound and feel while working in conjunction with a flexible Thru-Slot Speed Pocket™ engineered for increased ball speed and distance.

The all-new ECHO Damping System which is the key to providing better feel without sacrificing performance.

TaylorMade’s proven Inverted Cone Technology (ICT) is now uniquely positioned in each SIM Max iron to both increase the sweet spot and minimise the effects of common mis-hits.

The TaylorMade SIM Max irons are perfect for players who want the performance benefits of a game improvement iron but in a slightly smaller profile.

These irons will produce a lot of speed and distance, whilst also being easy to launch in the air.

Consistency of performance through trajectory and spin is optimized by the use of progressive spin technology that is 100% CNC milled throughout the set.

Also available in ONE Length where all irons in the set come with matching lengths (37.5" - 7 iron).

If distance is what you're looking for in an iron then look no further than the Cobra SPEEDZONE irons.

For a game improvement iron, the SPEEDZONE irons have a brilliant feel to them and are very responsive on mis-hits.

Forgiveness is also a fantastic element of these irons, which combined with the extreme distance they offer, makes for a phenomenal iron.

For the first time, these new irons feature a Flash Face Cup designed by A.I. to work with each individual head’s size, shape, CG location and loft designation to promote distance and control throughout the set, creating a significant boost in ball speed.

The use of A.I. also allowed Callaway to enhance the performance characteristics of each iron face. In the long irons, the faces are designed for launch and speed, while in the mid-irons the faces are engineered for speed and spin consistency. Lastly, in the short irons, the faces are optimised for spin and precision to promote pinpoint shot-making.

With three different models available, the Callaway MAVRIK irons cover every level. The Pro iron is perfect for the better players who want a smaller profile in shape and size, along with a thinner topline.

The Max model combine the largest head size with an extremely low CG, making them remarkably easy to launch on a high, long-carrying trajectory.

For a game improvement iron, the MAVRIK produces excellent sound, due to its A.I design, whilst the forgiveness level is also a very attractive aspect of this iron.

The more flexible, free-moving face amplifies ball speeds for greater distance and higher max height, allowing you to hit less club into the green with the control and precision to hold the putting surface.
With 10% less offset compared to G400 and a shorter blade length, the G410 iron presents a visually appealing, more refined shape with greater forgiveness than any iron its size.
The face and cavity structure deliver faster ball speeds and save weight for expanding the perimeter weighting. Weight savings are concentrated in the toe and hosel to increase MOI 8% for more forgiveness and consistency.
The next generation of COR-Eye technology powers the performance in conjunction with the cascading sole design and deep top-rail undercut.

If you're someone who is struggling to gain decent distance and height with your irons then look no further than the PING G410's. Easily one of the best game improvement irons we've tested and PING has once again produced an extremely forgiving iron that you won't be disappointed with.

RRP £399 - The Delta Iron is fitted with the KBS MAX shaft in steel or the Fujikura ATMOS Red shaft in graphite.

One of the best value for money game improvement irons on the market, perfect for new golfers or anyone struggling to find some consistency with their iron play.

Easy to launch and fantastic distance.

The clubs couple the thinnest iron face ever produced by the brand in any distance model with the addition of more exclusive Power Holes under the umbrella of the new RE-AKT Technology, creating greater ball speeds for longer distances for both centre and off-centre impacts.

Wilson has increased the row of Power Holes – first launched on the successful C200 irons and refined in the more recent D300 family.

A third row has added to the longer D7 irons (4-7) to increase the face deflection and contact time between impact, resulting in more energy returning to the ball when struck.

Extremely affordable irons that perform exactly as you want a top game improvement iron to do so.

Long in distance, high in launch and probably the easiest iron to hit on this list.

Distances are consistent which can sometimes be a problem with game improvement irons, so for such a bargain at £469, we strongly recommend you try the Wilson D7 irons if you're looking for a new set.