Check out GolfMagic's first look at the new PXG 0211 irons... 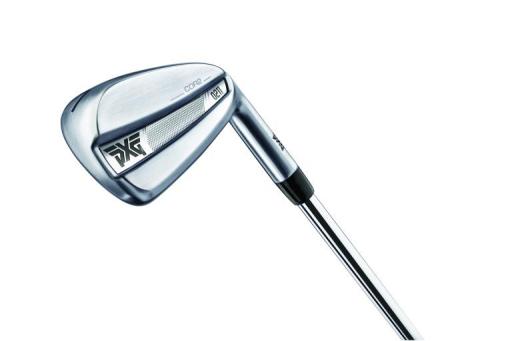 Earlier this year, PXG announced its new affordable 0211 irons, costing £200 per iron, half of the cost of the forged 0311 irons. GolfMagic was recently invited down to the PXG custom fitting centre in Sunningdale to take a first look at the brand new iron from PXG...

GolfMagic were extremely impressed with the feel of the 0211 irons. Here you have an iron that suits both the lower handicap players and those in the higher handicap bracket looking for more forgiveness.

You get a lot of forgiveness out of the 0211's but they look just like a compact premium forged iron, making it a perfect iron for a vast range of handicaps. Our equipment editor Jack plays off single figures, but loved the feel of the 0211's and the numbers he was getting with them.

GolfMagic sees the 0211's flying off the shelves, due to their lower and far more affordable price point, combined with the fact that so many different types of players can use them.

Stay tuned on GolfMagic for the full review coming soon!

The new 0211 model is the first iron in PXG's history to be made using a cast not forged construction, hence why the price point has dropped so significantly.

PXG say the body is cast from 431 stainless steel, like so many other premium irons. The maraging HT1770M face is designed to maximise ball speed and face flex and is the thinnest constant thickness face on the market.

The price may be lower but that doesn't mean the 0211 iron doesn't feature some of PXG's premium qualities. The 0211 has a hollow body construction, the same as previous PXG irons. Inside the clubhead is the brand's COR2 material which is also used in the forged 0311 model. COR2 supports the face and rebounds after impact with the ball which raises ball speeds, improves distance control and maximises sound and feel to deliver an iron of the highest quality.

The 0211 model comes without moveable weights, something that PXG has been known for in the past. If you were to compare the 0211 and the 0311, the 0311 would be slightly more forgiving on off-centre shots due to the tungsten weights placed in the 0311's.

PXG say that the 0211 irons have been designed to suit the widest audience of golfers possible, as this is the brand's first progressive iron set. The long irons are shaped like the 0311 XF Gen 2 irons while the shorter irons (8 - PW) have more compact profiles and less offset.

Another break away from PXG tradition see's the new 0211 irons come fitted with stock shafts, as PXG usually insist on custom fitting so that golfers get the very best out of their irons. True Temper Elevate 95 and Elevate Tour are the steel choice while the graphite option sees a new Mitsubishi MMT shaft.