PGA Tour players get their hands on the brand new Titleist TSR Drivers and Fairway Woods at the Travelers Championship. 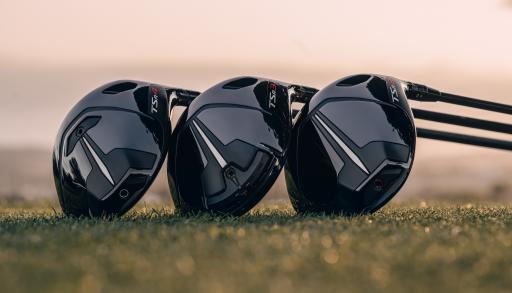 Titleist will this week release their brand new Titleist TSR drivers onto the PGA Tour at the Travelers Championship.

The introduction of the new TSR drivers, together with new TSR fairway metals, marks the start of the Tour seeding and validation process for the upcoming Titleist metalwoods line.

Collaborating with the game's best players throughout the R&D process, and then earning their final validation, is critical to the development of all high-performance Titleist golf equipment.

Titleist Tour reps will be working with players over the next three days at TPC River Highlands, fitting them into the new TSR models and gathering their performance feedback.

Thursday's first round will mark the first opportunity for players to game the new TSR metalwoods in competition.

Stay tuned to the Titleist website and their social media channels for updates as the TSR process continues over the coming weeks across the worldwide pro Tours.

Titleist is the most played driver on the PGA Tour and has been since the 2018-19 season.

More players have used TSi driver models on the PGA Tour than any other brand since their introduction to the circuit in September 2020.

Titleist drivers have also entered the winners' circle on the PGA Tour more times than any other driver model since the debut of TSi with 25 victories.

While not an ambassador for the brand, Matt Fitzpatrick won his maiden major title at the US Open using a TSi3 driver. Fitzpatrick ranked second at Brookline in Strokes Gained: Off The Tee (+4.78).

The Englishman found 70% of the fairways for the week, and he also dramatically boosted his driving distance, something that has shocked golf fans around the world of late - READ MORE HERE

Next Page: What's in the Bag of US Open champion Matt Fitzpatrick