At the US Open, Justin Rose reveals why he left TaylorMade for Honma

Justin Rose has revealed the "main reason" he why left TaylorMade in 2019 for Honma. 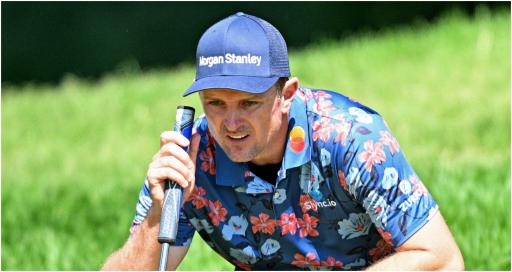 Justin Rose has revealed the main reason he left TaylorMade for Honma was because he wanted to keep his putter in the bag.

Rose was tied down to a 14-club deal with the brand but left in 2019 for the Japanese manufacturer. It co-incided with a stretch of poor form.

At the time, golf fans and analysts thought it was an interesting decision considering he was superbly and had been with TaylorMade for 20 years.

When he signed with Honma he won in his second week using their equipment but then it gradually went downhill.

It ended in a mutual parting of the ways in May 2020 after their short-lived marriage which saw him slip to 14th in the OWGR.

Former World No.1 Rose, who is vying for his second US Open at Brookline this week, now uses Titleist 620MB irons.

He's also using his trusty Axis1 Rose Proto putter which has been in the bag for a very long time.

Rose, 41, told the publication that since 2019 he's putted the best in his career. And the stats back that up.

"It's probably the main reason why I left TaylorMade," he said, adding that he was just "dead set" on using the flat stick.

Rose told GolfWrx about his new irons: "Having a guy building my clubs back in England, Custom Golf Works in Sunningdale, you know I kind of feel like testing out on Tour I find quite time consuming, distracting, I don't love doing it out on Tour.

"So, I wanted someone that could really help me out at home, and we just went through a few different heads, and I really liked the look of the Titleists."