adidas Golf has launched an inspiring new clothing range that promotes inclusivity amongst male, female and black golfers in the game. 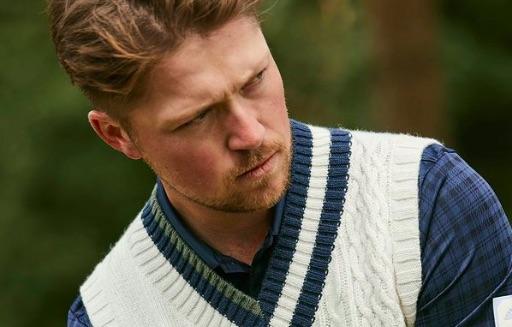 adidas Golf has launched their brand-new adicross golf clothing range featuring a number of different items which promote inclusivity in the sport.

adidas Golf has aimed to use styles from previous generations of the game in order to inspire participation amongst young people, as shown below by DP World Tour player Richard Mansell.

Mansell, who recently qualified for The Open Championship, can be seen modelling the unique adicross Round Neck Polo Shirt and the adicross Futura Tracksuit Bottoms.

The new clothing line is also aimed at combining men's and women's golf clothes to create unisex garments, as is explained by the popular golf YouTuber Mia Baker in the promotional video below.

"Golf is now becoming part of the sporting scene. It's not this thing that people hide away in the background. It's actually there and I love that so much. In future, I don't want people to think of men's and women's golf, I just want people to say golf," said Baker.

Related: "The Open is an opportunity to see greenkeeping to the world"

As part of the strong focus on inclusivity in the game, adidas Golf has partnered up with Black British Golfers to produce clothing that interests different people from different cultures and backgrounds.

"We want to create a space where people actually feel comfortable in the game," said a spokesperson from Black British Golfers.

The new line by adidas Golf helps to normalise black people's involvement on the golf course and the adicross line is aiming to do this by using the traditional, Scottish roots of the sport.

Next Page: Tiger Woods chats to Jon Rahm at Adare Manor - but what did they say?