In a video pushing free tickets, LIV Golf player Sergio Garcia has announced he will change team name and logo. 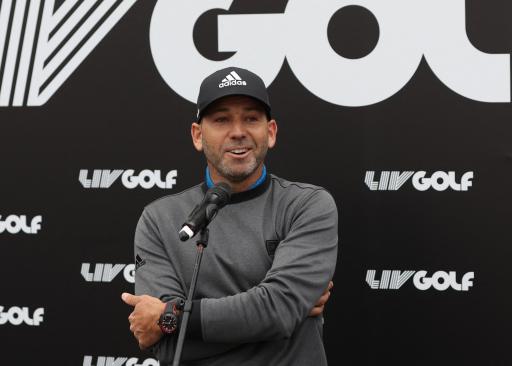 LIV Golf player Sergio Garcia has revealed he is already planning on changing his team’s name and logo ahead of the second $25m event in Portland.

When Phil Mickelson first faced the media after announcing his intentions to continue with the Saudi-backed series, he did so with a subtle joke that pretty much flew under the radar.

Lefty, also a team captain, paid tribute to the “deep history” of his team – called the Hy Flyers – when he chose who would represent his side in the first tournament.

It appears that rich history has no relevance to Garcia. The Spaniard, who has resigned from the PGA Tour and was one of several who have been fined £100,000 by the DP World Tour, has made some changes.

Garcia said: "I'm super excited to see you in Portland at Pumpkin Ridge. Exciting news, my team is set and we'll soon be changing the logo and the name of the team so very excited to have all these things going on."

The Ryder Cup Europe legend was appointed the team captain of the “Fireballs”. In the inaugural event at Centurion Club, Garcia picked Jediah Morgan, David Puig and US Amateur champion James Piot.

In a video pushing discount tickets, Sergio Garcia says his team “is set” which implies there is no draft this week in Portland — a schedule sent to media listed there would be one on 6/28. Also, he says his team name and logo are changing. RIP Fireballs. pic.twitter.com/GQlJHga4Np

The new logo will be revealed at the draft ceremony later this week. New LIV Golf players Bryson DeChambeau and Brooks Koepka have already arrived.

Chacarra, 22, is the first active college player to give up their amateur status and join LIV Golf.

His signing is a headache for the PGA Tour.

Just how can they prevent the stars of tomorrow jumping at the opportunity to sign for LIV Golf with a lucrative guaranteed pay day?

The second event of the LIV Golf series, spearheaded by two-time Open winner Greg Norman, has a much stronger field.

A total of nine of the last 21 major winners are playing. More are rumoured.

Almost half of the competitors are currently ranked in the top 100 of the Official World Golf Ranking.