Report: "Only matter of time" before equipment tour vans head to LIV Golf

According to a report, it won't be long until an original equipment manufacture starts to have a presence at a LIV Golf Tour event. 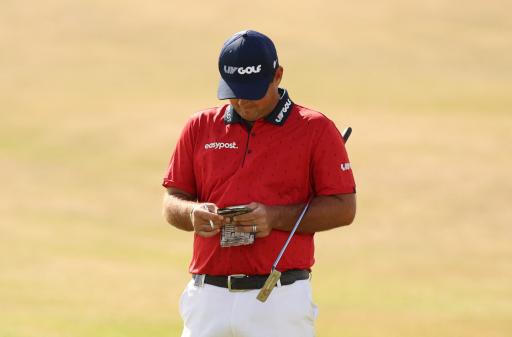 It is only a "matter of time" before an original equipment manufacturer starts to have a presence at LIV Golf Invitational Series events.

According to Jonathan Wall of Golf, several equipment reps believe we are edging closer to this becoming a reality after the latest round of defections from the PGA Tour to the mega money series.

It is of course a sticky situation because of the PGA Tour's longstanding ties with brands such as Callaway and TaylorMade amongst others.

Callaway memorably paused their relationship with Phil Mickelson, the de facto face of LIV Golf, after his controversial remarks about using the Saudis as leverage against the PGA Tour were published.

Since Mickelson, 52, has returned to professional golf he has been tinkering with different equipment and using his own branding with the iconic image of him leaping up into the air as he claimed The Masters for the first time in his career way back in 2004.

Lefty also turned heads when he decided to wear a blackened out Masters logo on his vest during the opening round of the first LIV Golf event at Centurion Club way back in June.

This is what Wall had to say:

Spoke to several equipment reps recently who admitted it was only a matter of time before they started having a presence at Liv events. Have to be getting closer to that becoming a reality after the latest round of defections.

because most have a longstanding affiliation with the PGA Tour. everyone is treading lightly and waiting for an OEM to make the first move. it's not as cut-and-tried as you might think.

There is no doubt that the field for the forthcoming LIV Golf event in Boston is considerably stronger than the curtain raising event at Centurion Club.

Now, as many as 12 of the last 26 major winners are teeing it up at The International. As many as 19 players have been axed from the first field to make way for the new LIV signings.