Scottie Scheffler: What's in the bag of the first-time PGA Tour winner?

Scottie Scheffler finally got over the hill and beat Patrick Cantlay in a three-hole playoff to win the WM Phoenix Open at TPC Scottsdale. 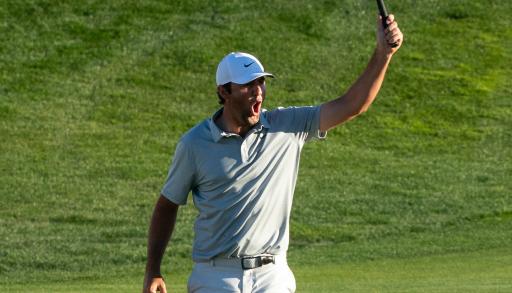 In a week of chaos, drama and excitement, Scottie Scheffler emerged from a frantic final day to win the WM Phoenix Open.

There were a number of players in contention on the final day at TPC Scottsdale and it was the final six holes where Scheffler staked his claims.

From holes 13 to 17, the 25-year-old made four birdies to reach 16-under-par. At this stage, Sahith Theegala bogeyed the 17th hole and Xander Schauffele left an eagle putt one roll short of a mark that would've seen him into the playoff.

Patrick Cantlay remained typically calm all day, shooting a bogey-free round of 67 to reach 16-under-par. He survived Scheffler missing a five-footer on the 72nd hole for the playoff to be needed.

The two impressive Americans exchanged pars on the first two playoff holes, which were played on the 18th hole. They returned to the tee box for the third time.

RELATED: WHY SAHITH THEEGALA WAS IN TEARS AT WM PHOENIX OPEN ON SUNDAY

Scheffler holed a fantastic winning putt at the third time of asking and it proved to be an emotional moment for him. He shared an embrace with his wife Meredith after taking his first PGA Tour title.