Which clubs helped Tommy Fleetwood to ANOTHER win at Nedbank Golf Challenge?

Tommy Fleetwood won for the first time in three years at Gary Player CC in Sun City, gaining a significant form boost ahead of the DP World Tour Championship. 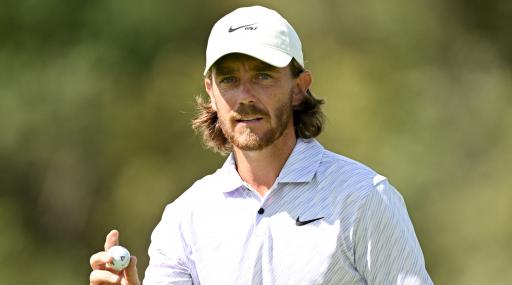 The Englishman was ill earlier in the week and considered withdrawing from the event ahead of the first round, but with a little help from the doctor, he battled on and entered the final round three shots behind the leaders.

Fleetwood made four birdies on the front nine on Sunday which propelled him into contention. He shared the lead after holing an incredible bunker shot for an eagle on the par-5 14th hole.

On the 72nd hole, the impressive Ryan Fox hit a surprisingly poor tee shot which barely reached the short grass. This made it very difficult to make par which proved to be the case.

.@TommyFleetwood1's final and winning round all started with this...

Fleetwood, 31, signed for a 5-under 67 to win by one shot over Fox who has been one of the standout players on the Tour in 2022 with two victories.

"The doctor here has been amazing. I just gave his little son the winning golf ball. Without him there was not a chance on Thursday I'd have played," Fleetwood said.

"We didn't know what was happening whether it would be three rounds, two, so I just thought if I could keep moving, keep playing - and I was playing well.

"It wasn't overly stressful for me and I just had in my mind to keep going - and you never know what happens!"

Tommy Fleetwood - What's in the bag?