Tiger and testing, his relationship with the driver, and the Big Cat's iron set-up. 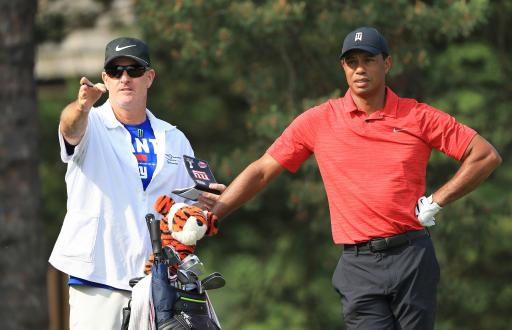 Listen to the podcast here.

TIGER HAS A NEW CLUB IN THE BAG

“He always does his testing at home. 99% of the time. Whenever Tiger showed up to an event he was ready to go. There was no tinkering with equipment at Tour events. All of the work we did with him, we would do a week prior.”

“Rick Nichols, who was my boss when I was at Nike…he was Tiger’s right-hand guy. He worked with him on pretty much everything. We would prep everything. Rick would go and work with him at home…at that time it was in Orlando. They would tweak and do everything they needed there. Then when he showed up to the tournaments, I could probably count on one hand the number of times he came into the trailer to get work done.”

“He was built different. He came to do his homework on the golf course and prepare for the tournament. He was not tinkering around with equipment when it came to tournament time.”

“Any time he would test anything during the week…it was for a backup. He was constantly searching for backup drivers and…woods. So if something happened…he already had done all of his work.”

Tiger and the driver

“We were always tinkering with different CGs. Obviously, there was a lot of special stuff made for him. He didn’t use an adjustable driver…until Nike got out of the equipment business. We were always making sure the center of gravity was perfect. He was very specific on face angles and how much loft he wanted to look at. And he always wanted the face angle to be pretty much the same.”

“We had to have different iterations with different lofts based on where his golf swing was…obviously, his golf swing changes a lot based on all of his injuries and swing changes…There were certainly times where he was swinging a driver that spec’d out at a true eight-degree head, then he’d be all the way up to 11 or 12 degrees sometimes.”

Tiger and his irons

“The only thing that ever really changed with Tiger’s irons…was the lie angle. But lofts…they have been the same since he played golf…It’s been the same specs for his entire professional and amateur career. Those specs haven’t changed but the lie angles have. As far as I know, he has never experimented with different iron shafts [True Temper Dynamic Gold X100]. They’ve always been the same…with wooden dowels down in the tips of the shafts.”

“He always had the mindset that he was going to manipulate the club to get the ball to do what he wanted it to do.”