Forgiveness, accuracy, length, looks - something for everyone here. But only three irons take gold. 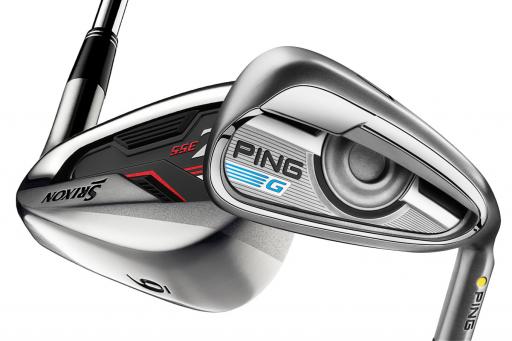 Seeking a new set of game improvement irons for 2016? We have tested some of the hottest on the market, just for you.

We loaded up with 10 of the current crop, targeted at the vast majority of amateur handicaps, and gave them a thorough workout with a Foresight Sports GC2 launch monitor at Stoke Park in Buckinghamshire.

Testers scored each iron independently for looks, feel and performance, before coming together to decide upon the victorious gold winners.

Some of the irons score on forgiveness, others add length, while several look outright cool. Three of them, though, have it all. The Callaway XR OS iron proved one of the most forgiving in our test. We all want to play the irons with the glitz and the glamour, but let's not forget we don't paint pictures on scorecards. Great value for money, especially with no upcharge for premium shafts. Style and substance is present in almost all Cobra products, and the King F6 follows suit. Compact but also chunky enough to inspire confidence, the F6 boasts heaps of forgiveness from all over the face. All testers enjoyed some of their best levels of control with this one. Superb value for money. Mizuno's latest game improvement iron proved a very solid offering for all testers, with only its chunkier looks and indifferent feel narrowly costing it a gold award. The fresh dark finish also looks nicer than the vibrant orange of the former model. No upcharge on premium shafts a plus, too. This iron proved one of the longest for the majority of testers. While it explodes off the face, it also possesses a soft feel and a decent amount of forgiveness. We like its overall aesthetic, although the head does feel slightly heavy. Not quite as consistent in yardages as our gold winners. The PING G iron has everything you want from a game improvement iron. Feel, forgiveness, distance and consistency – and with an attractive aesthetic to boot. Naturally high launching and they come down soft, making them excellent for attacking greens. Well deserving of a gold award. The chunkier version of the two Srixon offerings, offering more forgiveness and a higher ball flight. It has a harder feel compared to the Z355, and does not return as much feedback. Impressive in the distance stakes, but not quite as consistent as what is to come from its brother. Srixon is very much back in the iron market. The Z355 proved both long and forgiving, but felt even better balanced than the Z155. It produces an appealing 'clippy' sound at impact and generates a lovely mid-high launch. Our favourite Srixon iron to date and superb value for money. The M2 iron from TaylorMade proved both long and forgiving for all testers. It has a soft, delicate feel and makes an appealing sound at impact. The appearance split opinion, however, as too the iron's overall balance which narrowly cost it a gold award. Decent value for money. If you're a dedicated golfer, you'll love the Titleist 716 AP1. Billed as the brand's most forgiving and longest iron, we fail to disagree. With plenty of ball speed to unlock yardage gains and bundles of forgiveness all over the face, this was our easiest gold award to give away. One very classy iron. For those craving easy launch, accuracy and extremely solid distance - arguably a club further than average thanks to the new 'Power Holes' - the Wilson Staff C200 should be on the radar, especially given its price. Its feel divided opinion among our testers, narrowly preventing it from gold.