10 new game improvement irons all available for less than 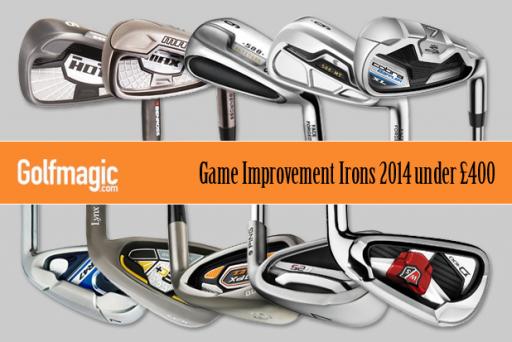 Summary: John Letters TR47 irons feature Thin Face technology to help increase distance. After significant cannon testing during the production process the specific 2.2mm thick face was chosen as that is the thinnest face achievable under extreme testing. Each sole on the TR47 iron has been designed for maximum turf interaction.

Appearance: Very thin topline, one of the thinnest in the test. Looks more like a player iron at address and so we can see this club appealing to lower game improvers than higher ones. There is plenty of help on offer, though. JL engineers have hidden the extra help by providing part of the topline a shiny finish that makes them look smaller. There lies the slight negative, however, as we found there's just too much glare when playing out in the sun. 3.25 (out of 5)

Feel: Thin faces generally take away feel at impact but the John Letters R&D team have compensated by putting a specially designed rubber compound cell right behind the impact area of the clubface. It feels great in the hands. The rubber compound felt like it dampened the vibration of shots somewhat. Rifle Project X shaft contributed to some very penetrating strikes. 6.75 (out of 10)

Performance: Pretty easy to hit considering the topline on offer. Not one of the most forgiving out there but explosive off the face. Spin rate was quite poor. By far one of the longer performers in the test, though. Smart, traditional modern looks and the inclusion of a premium grip and shaft also resulted in strong performance. 7 (out of 10)

Verdict: It has the look of a better player iron at address. Not the easiest to hit down the target but you certainly won't be end up short of the pin. 17 (out of 25)

Next up, Lynx Black Cat Plus iron