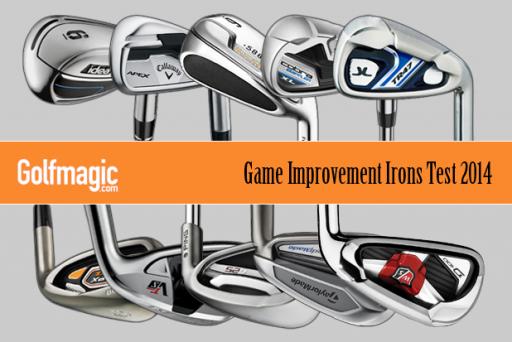 Sitting down to put our heads together and discuss the testing, we asked ourselves which of the irons would perform best in the scoring. It quickly became clear that we both fancied the Callaway Apex, TaylorMade SpeedBlade, Mizuno JPX-EZ and PING G25.

Fitting then that, having written down our scores without consulting and then taking the average of each, these should fight out the top four places with Callaway coming out on top for the second consecutive year in our game improvement iron test.

While Callaway was a deserving winner on this occasion, TaylorMade was beaten by just half a point to the gold medal and Mizuno, despite not being renowned for game improvement irons, performed superbly with the new JPX-EZ to finish on the podium.

PING, who shared the spoils with Callaway in our 2013 GI irons test, performed strongly once again with the G25 but this time fell back into fourth.

We were really impressed by the variety on offer from all the clubs in this test, as reflected in the fact all ten irons finished within four points of each other. We've also provided you with a graph of our carry v spin rate on the right to give you a clearer indication of how the irons perform against each other (with 1 representing Adams and so on...)

To jump to the page of a particular iron, click the relevant link below...

Do you agree with any of our scores? Or more importantly, do you disagree with any? Is there a set of game improvement clubs you would like to have seen included? We would appreciate any feedback in the forum, or you can tweet us on @Golfmagic.

The 3 most expensive irons