A video of "Big" Mike Visacki went viral last season after his emotional celebration to qualifying for the Valspar Championship. 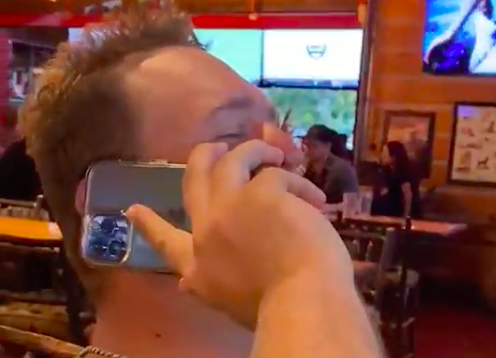 Mike Visacki's journey in professional golf took a huge step forwards when he advanced to the third stage of Q-school at the Plantation Preserve Golf Course two weeks ago.

Despite hitting a shot in the water at his final hole, he managed to make the par that he needed to qualify for the Korn Ferry Tour.

Visacki touched the hearts of golf fans all over the world when he emotionally reacted to qualifying for the Valspar Championship earlier in 2021.

He also played in the Charles Schwab Challenge. During his time on the PGA Tour, Visacki struck up a great relationship with the 2017 PGA champion and former World No. 1 Justin Thomas.

RELATED: ASIA-PACIFIC AMATEUR FALLS IN WATER ON WAY TO QUADRUPLE-BOGEY

Thomas aided the 27-year-old financially when they met so that he could follow his dream of playing professional golf for a living.

When the phone lights up and it's @JustinThomas34.

This was a gesture that Visacki and his father were extremely grateful for and his hard work has been vindicated with his qualification for the Korn Ferry Tour.

Visacki still maintains a solid friendship with Thomas and this was shown in the footage above where he received a phone call from the 14-time PGA Tour winner.

The new Korn Ferry Tour cardholder was ecstatic to receive the call as it must be an absolutely priceless privilege to be able to pick the brains of one of the world's best players.

Thomas is making his first appearance on the PGA Tour at the World Wide Technology Championship this week since he finished tied 18th at the CJ Cup in October.

It would be great if we could one day see this pair play together on the PGA Tour, especially if Visacki continues to play in his current vein of form.