The Italian shot a stunning opening round of 10-under par at Dom Pedro Victoria Golf Course, Vilamoura, Portugal. 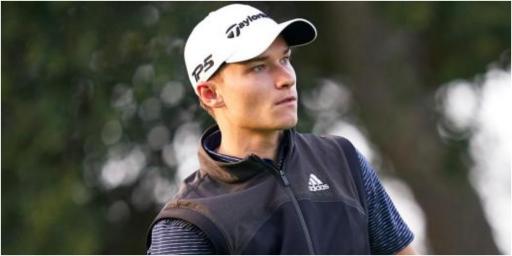 Nino Bertasio shot the lowest round of his European Tour career as he oblitereated the field on day one of the Portugal Masters.

The 33-year-old Italian was simply sensational at Dom Pedro Victoria Golf Course in Vilamoura as he signed for an opening round of 61.

It saw him reach the clubhouse at 10-under on the par-71 layout, six strokes ahead a cluster of players.

Setting up birdie number NINE of the day

MORE: HAS THIS GOLFER JUST GOT THE BEST DEAL IN HISTORY?

MORE: WHY THIS BROOKS KOEPKA ADMISSION IS SURPRISING

Bertasio made four birdies on the front nine as he made the turn in 31 then turned up the heat with four consecutive birdies from 12.

Birdies at 17 and up the last followed for the Italian who has never won on the European Tour.

Scotland's Robert MacIntyre is looking to put a frustrating few months behind him and signed for a round of 70.

At times he looked back to his best and went flag hunting:

MORE: HOW WILL THE PGA TOUR RESPOND TO SAUDI PLANS?