"If you put your mind to it and you practice every day, super dilligent, super dedicated, you can get to these numbers too." 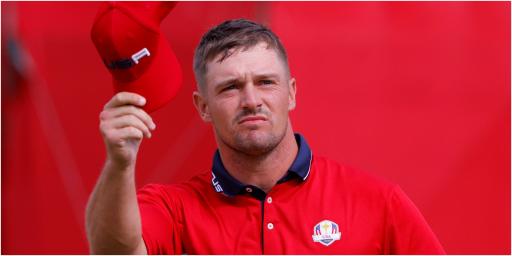 Bryson DeChambeau has posted a video on his YouTube channel sharing his stock yardages and claimed you can get to his numbers.

Ever since DeChambeau came on to the PGA Tour he has been enigmatic in his scientific approach to the game. He doesn't want to give away his secrets.

There is absolutely no doubting the 28-year-old approaches the game in a different way and he has inspired others with relentless pursuits for speed.

But his YouTube channel, which is growing in popularity, gives us an insight into his training and thought process.

MORE: WILL RORY MCILROY RETURN TO THE TOP?

Recently he has shared his thoughts after testing 3D printed irons and new driver which will likely come into his bag for The Match against Brooks Koepka. He claims the new big stick is so forgiving that his mishits - at his ferocious speed - are going straight.

Obviously, we can't wait to see DeChambeau return to the PGA Tour. We'll first see him play again at The Match in Las Vegas the day after Thanksgiving and then he's headed to Albany, in the Bahamas, to play at Tiger Woods' Hero World Challenge.

"No secrets here, just pure facts and it is what it is. A lotta hard work done to get to this point," DeChambeau said.

"If you put your mind to it and you practice every day, super diligent, super dedicated, you can get to these numbers too.