Billy Horschel loves to play golf on British soil, but even he was swept away by the tough conditions at St. Andrews. 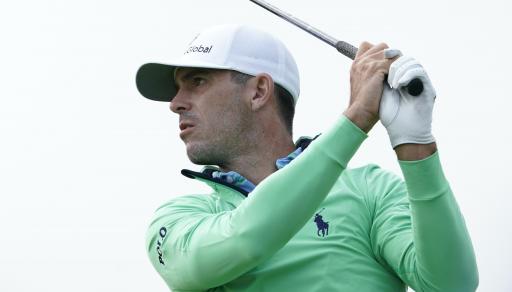 Billy Horschel has truly embraced the character and tradition of British golf, which has been evident in his enthusiasm on the European Tour.

He couldn't have overstated the pride he felt for winning the BMW PGA Championship at Wentworth and now he is braving the wind and the rain of the Alfred Dunhill Links Championship in Scotland.

The weather tested the players on Saturday, especially at the Old Course where Horschel was playing his third round of the tournament.

Having shot rounds of 69 and 73 at Carnoustie and Kingsbarns, the American had a lot of catching up to do in his third round, which was made all the more challenging as the rain came down.

After the World No. 18 hit his tee shot on the 16th hole at the Old Course, you could audibly hear the rain falling on the ground and he let his feelings known to the crowd.

"This is some golf out here now. Welcome to Scotland. Holy smokes!"

Horschel, who won the Dell Technologies Match Play earlier this season, then hid behind his caddie Mark Fulcher and his umbrella to stay as dry as possible.

Ironically, it was the 34-year-old's best round of the week on Saturday. He shot 4-under-par to move on to 6-under-par for the tournament.

However, it is unlikely that Horschel will be picking up another title this week on British soil. Danny Willett led the away after 54 holes on 14-under-par.