Could Team USA DESTROY Team Europe at the 2021 Ryder Cup?

Team USA could have their strongest Ryder Cup team for a long time, so can Steve Stricker's men reclaim the famous trophy? 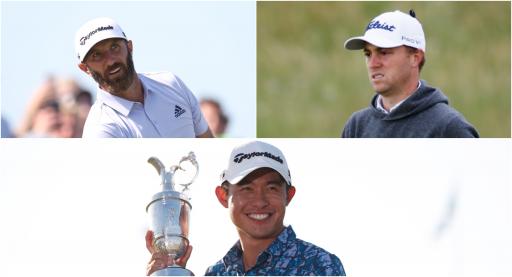 Team USA have only won three Ryder Cups in the last 12 renewals of the famous tournament and Team Europe have long had the bragging rights.

Europe have a strong spirit of togetherness and cohesion that has often been the equivalent to whatever quality of player that America have brought with them in recent years.

However, the American team is looking ominously good this year with a team of cold, hard killers that won't take any prisoners this time and may not be phased by Europe's passion.

Jon Rahm and Louis Oosthuizen are the only players in the world's top 10 who aren't from the United States and they have five major champions in this top 10 as well.

Collin Morikawa will almost certainly be making his Ryder Cup debut this year alongside Xander Schauffele and they will be stepping out with the likes of Dustin Johnson, Brooks Koepka and Justin Thomas.

They then have Bryson DeChambeau will rile up the home crowd and thrill the fans with his monstrous drives. You then have a three-time major winner and seasoned Ryder Cup player Jordan Spieth and former Masters champion Patrick Reed who are both on course for qualification via captain's picks.

Steve Stricker has an abundance of talent to choose from. The top six players choose themselves and then Stricker chooses the other six players based on their PGA Tour performances.

On the cusp of the team is Harris English, who has won twice in 2021, and Patrick Cantlay who won the Memorial Tournament. The steady former US Open champion Webb Simpson is also contending for a place with Tony Finau and Daniel Berger.

Europe often look to experience and team spirit to carry them to victory, which has been a successful strategy in recent years. But Rahm cuts a slightly isolated figure in the PGA Tour form table amongst European players.

Viktor Hovland will be making his debut and he has had a fantastic season, but for the first time in a while, there is a serious prospect that Team USA could wipe the floor with Padraig Harrington's men at Whistling Straits in September.

NEXT PAGE: BROOKS VS BRYSON RIVALRY: IS THE FEUD GOOD OR BAD FOR GOLF?