"Justin Thomas only has himself to blame for losing Ralph Lauren"

Which golf apparel brand is next for Justin Thomas after being axed by Ralph Lauren? 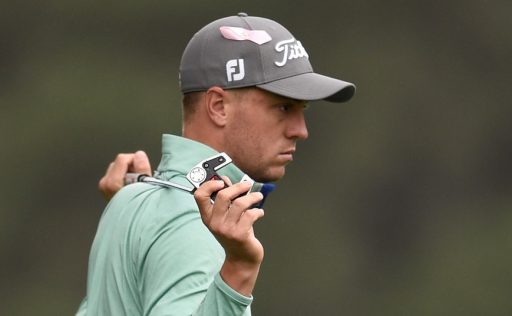 Justin Thomas' golf apparel deal with Ralph Lauren has been terminated following his controversial homophobic slur during the Sentry Tournament of Champions in Hawaii on the PGA Tour two weeks ago - and quite frankly, he only has himself to blame.

Thomas, 27, was officially dropped by RLX a week after using a homophobic word when missing a par putt - WATCH HERE.

The news has since divided much of the golf world.

Many golf fans have said just let it all be a learning curve for Thomas and for everyone to move on from the incident, while others have applauded Ralph Lauren's stance and now question whether the rest of his sponsors will soon follow suit.

So far, it seems like Titleist and FootJoy are siding with the current World No.3.

While no doubt pocket change, what we do know is that Thomas has been fined for his actions by the PGA Tour.

At the end of the day, Ralph Lauren has the right to decide who is an acceptable ambassador for its clothing - and that was made clear in their latest correspondence on the subject.

"We are disheartened by Mr Thomas’s recent language, which is entirely inconsistent with our values," read a statement from Ralph Lauren last week.

"While we acknowledge that he has apologised and recognises the severity of his words, he is a paid ambassador of our brand and his actions conflict with the inclusive culture that we strive to uphold.

"In reflecting on the responsibility we have to all of our stakeholders, we have decided to discontinue our sponsorship of Mr Thomas at this time."

In my view, RLX are completely within their right to make such a bold statement and drop their star man from their roster.

Anyone defending the use of such a homophobic word needs to take a long hard look at themselves in my view - no matter the context in which the word has been used.

"He needs to be punished and fined, because there's just no place for it," Dougherty told the Sky Sports Golf podcast.

"What he did is just not acceptable in the world of golf. He's made an unfortunate mistake and something that is really hard to explain, because to swear is one thing but to say something like that is something you can't take back.

"I've seen the argument that in America it's a very different mentality, but it doesn't make it right and make it more acceptable."

So what if you missed a makeable putt and made a bogey. Welcome to my world. Boo hoo, just tap it in, move on and go and collect your $490,000 pay cheque for the week.

Yes, that's exactly how much he went on to win for finishing solo third at Kapalua.

I will also add that this is not the first time Thomas has been caught saying something he shouldn't have said on camera in recent times. Several months ago he dropped an outrageous F-bomb at the US PGA Championship - WATCH HERE.

Okay, Thomas has not been uttering homophobic words on the course previously, but he has been heard swearing multiple times when hitting a bad shot or missing a putt. Yes, golf is a frustrating sport - we all know that - but at the same time it's still not acceptable for a headline name on the PGA Tour to be doing it so frequently.

I would also throw Jon Rahm into this category - another player in my eyes who needs to tread very carefully when it comes to swearing and throwing tantrums on a golf course in 2021. There are a number of others out there, too.

Also, none of us know the discussions RLX may have already been holding with Thomas behind closed doors.

They may have already slapped him on the wrists for his past expletives on live TV and given him a warning. It could have been a case of one more strike and you're out, so to speak.

Yes, you could look at there being no crowds on the PGA Tour these days and so microphones pick up more words than they did before the coronavirus pandemic, but that still doesn't make it acceptable.

JT has one of the most enviable jobs in the world on the PGA Tour, playing for millions of dollars each week at that, and he should be acting as a role model every week he plays.

Let's also not forget that Thomas is 27 years old now. He's not some kid in his rookie year. Yes, he is still young but he has experience on his side as a former World No.1, 13-time PGA Tour champion, FedEx Cup winner and Ryder Cup star. The list of his achievements goes on.

It will be interesting to see how the rest of Thomas' sponsors act moving forwards - especially if something like this was to happen again in the near future.

Another area of note will be his choice of polo shirts at this week's Abu Dhabi HSBC Championship on the European Tour.

Will another golf apparel brand come forward for the PGA Tour star or will Thomas just remain a free agent in the polo shirt world?

Given he is sponsored by Titleist and FootJoy, you would think the most logical transition would be for him to slip into FJ apparel.

One thing is for certain - and just like the FJ shoes currently on his feet - Thomas now needs to take the right steps forward to clean up his act if he is become a true Icon of the game.

NEXT PAGE: GOLF SHOES WORN BY THE WORLD'S TOP 10