Hideki Matsuyama became the first Japanese male to win a major tournament, in the same year that his home country hosts the Olympics Games. 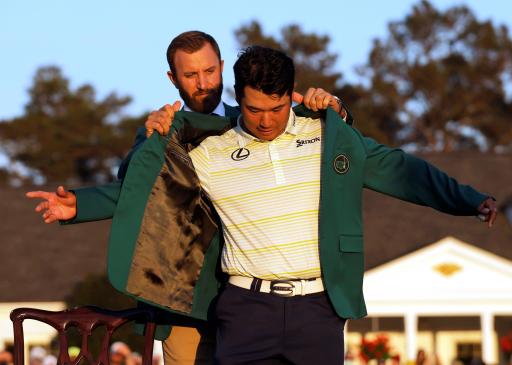 On July 23rd, the Olympic Games is set to officially begin in Tokyo. The eyes of the world will gaze on one of the best events that sport can offer, and what we were deprived of last year due to the Coronavirus pandemic.

Japan won 12 gold medals at the last Olympics in 2016 and Hideki Matsuyama has the potential to be one of his nation's best chances of a gold medal this summer.

The start of the Olympics is always marked by the ceremonial lighting of the Olympic flame and the very thought of doing this in Tokyo is an incredible prospect for Matsuyama.

Bushnell boss on US PGA: "Golf lasers will be used on tour for years to come"
FIVE driving range mistakes made by amateur golfers

"It would be quite an honour," said The Masters champion.

"I’m not sure about my schedule. If the schedules worked out and I am in Japan when that happens and they ask me, what an honour that would be.

"I’m really looking forward to the Olympic Games in Tokyo. If I am on the team – and it looks like I will be – I’ll do my best to represent my country and hopefully I’ll play well."

Bushnell boss on US PGA: "Golf lasers will be used on tour for years to come"
FIVE driving range mistakes made by amateur golfers

Matsuyama has already done enough to inspire young Japanese golfers to dream of winning major titles and a gold medal at the Tokyo Olympics could do even more than that.

The 29-year-old's victory could lead to greater participation levels in golf in Japan and it could give great exposure to Japanese golf courses and resorts.

The European Tour features events from all over the world such as Saudi Arabia, Qatar and China and it would be great if Matsuyama's win led to significant competitions extending to Japan.

His landmark victory is not only an incredible individual achievement but also a collective one for his nation and his continent that has very little success in golf majors.

"I hope this will affect golf in Japan in a good way,” Matsuyama said following his win at The Masters.

"Not only for those who are golfers already, but hopefully the youngsters who are playing golf or thinking about playing golf, I hope they will see this victory and think it’s cool and try to follow in my footsteps.

"Up until now, we haven’t had a major champion in Japan. Maybe a lot of golfers or younger golfers, too, thought, well, maybe that’s an impossibility. But with me doing it, hopefully that will set an example for them that it is possible and that, if they set their mind to it, they can do it, too."

It is too early to see the effects of Matusyama's win, but his historic victory at Augusta National could leave an extremely significant legacy on world golf.

NEXT PAGE: HIDEKI MATSUYAMA EARNED $7,446 PER SWING AT THE MASTERS

Previous
Which Shot Scope Product Is Right For You? | GOLF GPS WATCH VS RANGEFINDER
Next
Messinia Pro-Am 2021 to feature BRAND NEW golf course