Irish airline, Aer Lingus, forgot to load the clubs of two players on their way to this year's Solheim Cup. 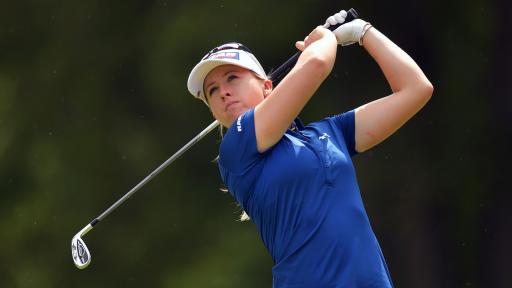 This year's Solheim Cup takes place at Gleneagles, where Team Europe will be looking for retribution against Team USA on home soil in Scotland. In 2017, USA cruised to victory, beating Europe by five points at Des Moines Golf and Country Club and the Americans are the favourites to retain the Solheim Cup, but it would help if everyone had their clubs...

One player from each team is currently without their clubs, as after landing in Scotland, both players arrived safe and sound, but they quickly noticed that their clubs hadn't.

Team Europe's Jodi Ewart Shadoff was one of the unlucky players who has landed in Scotland without her clubs, but she was still in high spirits, despite the circumstances.

What was more annoying for Shadoff, was that she could see there was an issue with her bag and had informed airline staff, but was swiftly told that her bags would be onboard.

Speaking to Golf Digest, Shadoff's husband Adam said: "She looked out the window in Dublin and saw that her golf clubs weren’t getting loaded onto the plane. She told the flight attendant and they assured her that they’d be loaded."

The airline involved in the incident is Irish company Aer Lingus, who flew the Shadoffs from Dublin to Scotland, but it wasn't just Team Europe who are missing their tools.

Team USA's Angel Yin also suffered the same fate flying with Aer Lingus, as the airline lost both her golf clubs and her second bag she was taking with her.

The event starts on Friday and so far, neither player has received their clubs, although Yin's second bag has been safely returned to her.