Brooks Koepka told off for swearing, then replies: "Well, fine me!"

Koepka frustrated with his performances to start 2020 on the PGA Tour... 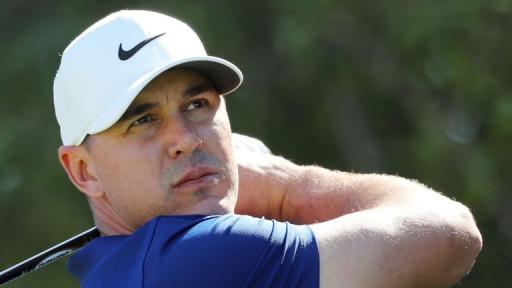 If you are familiar with Brooks Koepka by now then you will realise he does what he wants, and often says what he wants. That story was no different following his tie for 47th at the Arnold Palmer Invitational on Sunday evening.

Koepka posted a disastrous round of 81 on Saturday but improved by 10 strokes in the final round, and then summarised his performance in a nutshell by claiming he was "still s***!"

When it was suggested to the World No.3 that he "probably can't say that on the podium", he responded in the only way he knows how.

"Well, fine me," said Koepka, as he stifled a laugh.

Koepka, who spent much of the off-season recovering from knee surgery, has looked a shadow of his former self of late with nothing better than a tie for 17th in his last seven starts around the world.

That spell has also included two missed cuts and a withdrawal.

Koepka has cited fatigue - and an inability to get going in the first few months of the season - as he prepares for his fifth consecutive week on the road at this week's Players Championship.

"To tell you the truth, I mean, I would never play more than three weeks in a row," he said.

"Obviously sometimes things happen and the only way I see getting through this is playing. That's my way of trying to grind and to work it out and figure it out.

"Every year we have come - I don't know how far back, to 2016 - all the way through to the Match Play has been terrible. I don't know what it is about these first three months of the year, but I struggle quite a bit."