Challenge Tour player shoots 68 WITHOUT a nine-hole score in the 30's!

Jean Bekirian had an incredible day in the first round at the Open de Bretagne on the Challenge Tour. 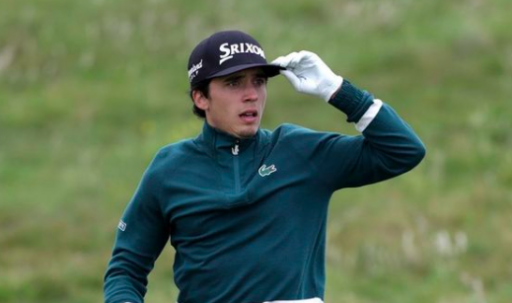 Many of us would kill for a score in the 30's through nine holes, however, many professional golfers long for much better than this and maybe even a score in the 20's.

However, a nine-hole score in the 40's is unthinkable for a professional golfer and Jean Bekirian experienced both ends of the spectrum during his first round at the Open de Bretagne.

At the Challenge Tour event at Golf Bluegreen de Pléneuf Val André in France, Bekirian, unfortunately, missed the cut as Julien Brun went on to win by two shots on 13-under-par.

But Bekirian caught headlines for very strange reasons in the first round. The 19-year-old got off to a poor start at the event, making three bogeys and a double-bogey on his way to a front-nine score of 40.

However, an incredible turn of events was to follow. The young Frenchman made back-to-back eagles on the 10th and 11th holes to get down to 1-over-par for the tournament.

Bekirian then added birdies at the 12th, 14th and 15th holes in a superb back-nine display. He finished with a score of 68, having played with two nines of 40 and 28.

There was a 12 shot difference between the two halves of Bekirian's round, which shows how much potential he has got in the coming season.

Bekirian would go on to shot 74 in his second round to finish on 2-over-par for the tournament and miss the cut which was set at level par. Although this wouldn't have been his ideal weekend, there are certainly plenty of positives for Bekirian to take.

Challenge Tour
joan bekirian
open de bretagne
julian brun
France
Previous
Did you know this rule on ACCIDENTALLY HITTING your ball on the GREEN?
Next
PGA Tour to END ON-SITE COVID-19 TESTING at the 3M Open in July