DAO for golf enthusiasts claims it has raised more than $10million inside 48 hours selling NFT's and plans to buy a golf course in grand experiment. 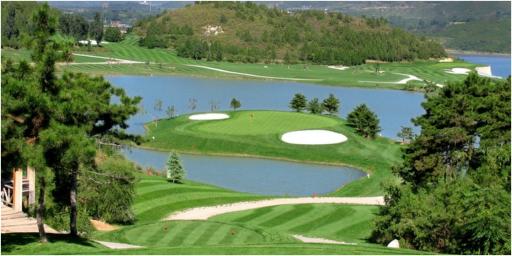 A DAO for golf enthusiasts claims it has raised more than $10 million inside 48 hours selling non-fungible tokens and plans to buy a golf course.

As reported by CNBC, a man by the name of Mike Dudas - an investor who is well-known in the crypto community - told his friends about the idea.

And then they went to work.

Their mission was born and they planned to, "democratize the country club membership experience," according to Dudas' pal, Jim Daily, 39.

What is a DAO?

DAO, or a decentralized autonomous organization is an organization represented by rules encoded as a computer program that is transparent, controlled by the organization members and not influenced by a central government.

What is a blockchain?

The transactions for a DAO are recorded on a blockchain, which is a system of recording information in a way that makes it difficult or impossible to change, hack, or cheat the system

The team dropped the collection of 9,090 NFTs on 1 January and in 48 hours they say they earned about $10.4 million in sales.

It has not been independently verified yet, but CNBC report that the amount matches.

Funds from the sales will not go towards buying a physical golf course yet, CNBC reports.

It has been reported that the NFT holders will be able to buy membership once it's available.

Daily told the publication that what they are doing is a "grand experiment".