PGA Tour caddie on trying to police putting cheating: "Good luck with that!"

"I think at some point, guys will transfer notes they shouldn't. It's going to happen." 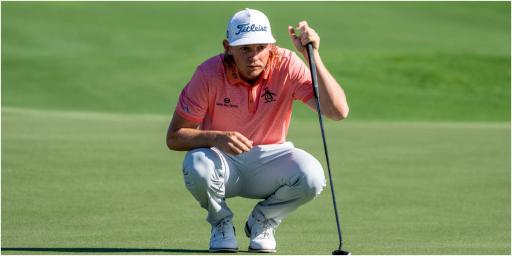 The PGA Tour this week introduced some new policies for its members: no more green-reading books.

Instead, players and caddies have been handed new yardage books and will instead have to rely on their feet, eyes and feel to drain putts.

The news was confirmed in a memo to players last year and this was the first week players were given those Tour-approved yardage books.

With this presents some problems. First off all, can't players just transfer their old notes as they are playing the same courses?

The PGA Tour say you cannot do this - and are expecting its players to uphold and 'honor system'.

A PGA Tour caddie was recently interviewed by Golfweek and he had some interesting thoughts on how players will deal with this.

Scott Sajtinac, the current carrier for Brandt Snedeker, thinks that the honor system could get troublesome.

At some point, players are going to do things they shouldn't, he said.

He explained that the overwhelming amount of information in the previous green-reading books made a huge difference.

Elsewhere Kevin Kisner, one of the game's purists, wants to get back to the feel of the game.

Kisner didn't have green-reading books when he first came on Tour now he can tell you everything about his putts from the fairway.

This ain't no hobby.

The PGA Tour will also have to wrestle with how to respond if there are accusations of cheating.

How do they prove that a player has taken notes from before? It's difficult to see how this won't be an issue going forward.

But Sajtinac said of the system:

"I think it will be hard to police, the transfer of stuff from old books. They are saying golf is a game of integrity and it's up to you to make the call on what you're allowed to transfer. I think at some point, guys will transfer notes they shouldn't. It's going to happen. I hope it's rare."

Bryson DeChambeau, who played the first round of the Sentry Tournament of Champions without wearing his trademark flat cap, also spoke about this.

He took to his Instagram stories and posted sarcastically: "Can't use charts this year so might as well chip."

Purists of the game may be a supporter of this but it does seem like this would be hard to police.

Veteran caddie caddie Shannon Wallis was also quoted by the publication and said:

"People have old books, and trying to police not cheating, good luck with that."

How this all pans out will be intriguing.