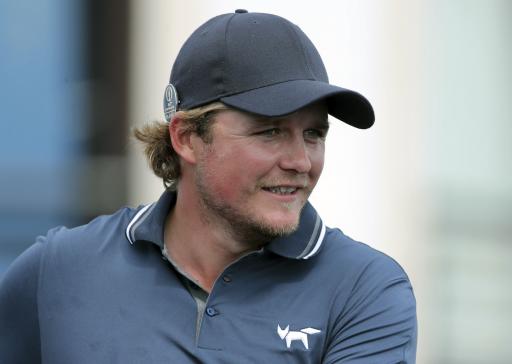 Eddie Pepperell was disqualified from the Turkish Airlines Open on the 13th hole of his third round after incredibly running out of golf balls.

Pepperell, who started his round on the 10th tee, endured a nightmare on the fourth hole when he found the water by the green.

The 28-year-old then proceeded to hit what playing partner Martin Kaymer described as losing "four or five more balls" from there.

Pepperell was then disqualified from the tournament for failing to complete the hole after running out of golf balls.

As a result, Pepperell could now face punishment in the shape of a fine from the European Tour, according to Sky Sports Golf.

Kaymer in fact likened Pepperell's efforts to something out of the film Tin Cup.

"I've never seen anything like it," said Kaymer, who was also joined in the threeball by South Africa's George Coetzee. "I only watch it on television, in Tin Cup. This is the first time I have seen it live."

"Eddie hit his shots to the green then came over to tell us he had run out of balls. Then he walked off.

"He did not ask if he could borrow one from me or George. It did not look like he wanted to play. He did not putt with his putter on the third hole, he putted with a wedge. So there was a lot happening."

England's Tyrrell Hatton went on to win the tournament in a six-man playoff.

Upon seeing Hatton eagle the fourth hole, where Pepperell had his difficulties (a hole Hatton also eagled again on Sunday), Pepperell tweeted the following...

Pepperell was 2-over par for his round and level par for the tournament when he was on the fourth hole, so he was well out of contention prior to his disqualification.