Golf is BANNED in Northern Ireland under COVID restrictions

Some golfers in Scotland are also being prevented from playing golf... 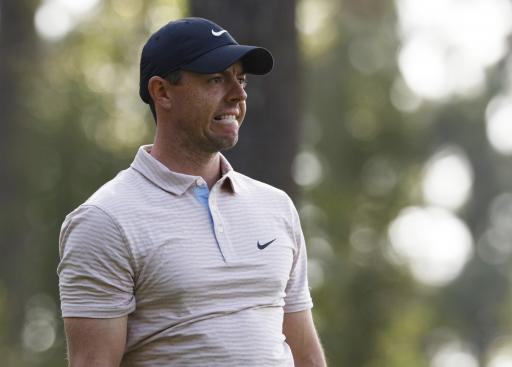 Golf will be banned in Northern Ireland for up to two weeks as of this Friday, with some golfers in Scotland also not allowed to play at certain venues as a result of the coroanvirus pandemic, according to multiple reports.

Belfast Live reports that golf clubs will close on Thursday evening to fall in line with the NI Executive's latest latest Covid-19 restrictions.

"We regret to confirm that as per the NI Executive’s new COVID-19 restrictions which will take effect at 23.59 on Thursday 26 November, all sports facilities, including golf courses, must close at this time," reads a statement from the Golfing Union of Ireland.

"While it is acknowledged that golf has demonstrated itself to be a safe sport during the pandemic, the wider public health guidance must be adhered to and we encourage all golf clubs and golfers to comply fully with the advice of the NI Public Health Agency.

"In the meantime, as is the case in the Republic of Ireland, we will continue to engage with the relevant authorities to ensure that golf courses can reopen as soon as possible.

Some golfers in Scotland will also be prevented from playing any golf in the short term, according to a report in The Scotsman.

"Both East Lothian and Midlothian had been due to move from Level 3 to Level 2 areas while the City of Edinburgh remained at Level 3," reads the article.

"That had led to a number of East Lothian clubs informing members in Level 3 areas that they will not be permitted to book tee times or use practice or clubhouse facilities for the time being.

"Midlothian members, meanwhile, had been allowed to book games as normal, but a late change of plan by first minister Nicola Sturgeon to keep it in Level 3 has now led to them facing the same disappointment.

"The Scotsman understands that at least one East Lothian club was preparing an email to send out to members in Midlothian to inform them of the dramatic 11th-hour development.

"It means that only East Lothian-based members will be permitted to play at some clubs on ‘Scotland’s Golf Coast’ until the restrictions are relaxed."

The calls to ban golf in Northern Ireland and various parts of Scotland come just a week before England welcomes a return to golf on December 2.

NEXT PAGE: ENGLAND CAN RETURN TO GOLF FROM DECEMBER 2