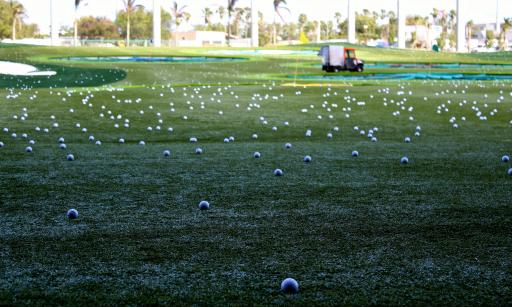 New data from PlayMoreGolf, undertaken before the third UK lockdown, shows that two thirds (62%) of players spend at least £10 on food and drink after a round, with half (47%) laying out at least £5 before teeing off.

In the face of multiple Covid lockdowns over the last 12 months, the purchasing of food and drinks from club pro shops remain strong. PlayMoreGolf members alone have contributed more the £2 million in sales across hundreds of partnered courses in the UK.

PlayMoreGolf data taken from 3,500 members highlights the pre-round and post-round spending behaviours at their partner clubs. PlayMoreGolf is the UK's largest flexible membership linking 12,000 players to more than 250 golf clubs in the UK.

- PlayMoreGolf members contribute more than £2 million of food and beverage revenue (based on member-only play and not including their guests) at our 250 partner clubs.

- 70% of members use their points to play at more than one UK golf courses.

- More than three quarters (82%) of members bring at least one guest per round, helping generate alternate revenue streams for clubs.

RUMOUR: GOLF TO RETURN IN ENGLAND BEFORE THE END OF MARCH

With golf being a sport suited to social distancing, 2020 was stellar year for the game. PMG's research highlights that over 70% of members used their flexi points to visit courses all over the UK.

Despite on-site restaurants and bars being unable to open due to government restrictions, it's reassuring to see that clubs have been able to generate revenue during tough conditions.

Whilst more and more PlayMoreGolf members introduce or reintroduce friends to the game, there is now an opportunity for golf clubs to reassess their `non-traditional’ membership offering.

Providing an alternative approach - suited to busy players who enjoy playing at a variety of courses - will not only drive membership numbers as a new offering will also allow clubs to make better use of unused tee times, and increase food and beverage revenue.

"It was brilliant to see so many people picking up clubs for the first time or rediscovering their passion for golf last year," said Alastair Sinclair, PlayMoreGolf CEO.

"However, 2020 was also a year full of challenges. Alongside a reduction in capacity, golf clubs were unable to serve food and drink in the ways they would have done in pre-covid times.

“PlayMoreGolf’s data will come as a relief to clubs who are desperate for government restrictions to be lifted and courses to reopen. Our findings show that in times when restrictions weren't in place, our members contributed more than £2 million of food and beverage revenue at our clubs.

"We also found that 82% of our members take a guest to play, which could be a much needed financial boost to golf clubs ahead of the new season.”

Find out more about introducing a flexible golf membership at your club by emailing sales@playmore.golf or visiting playmore.golf/club-partner