Tom Watson has confirmed he will be marrying his long-term partner LeslieAnne Wade later this year. 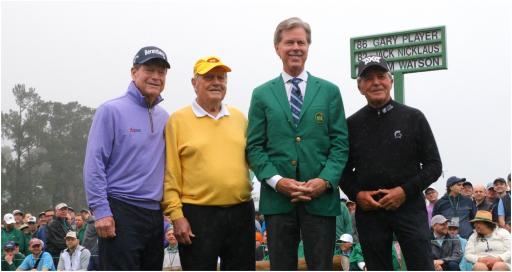 Eight-time major winner Tom Watson has confirmed he will be marrying his long-time partner LeslieAnne Wade.

Golf legend Watson, who has known Wade for the better part of 15 years, became formally engaged on 7 May, Golfweek reported.

The couple are said by the publication to be tying the knot on 9 July in New Jersey before they travel to Scotland for the landmark 150th Open at St Andrews.

Elsewhere, Watson, who is now an honorary starter at the Masters, won 39 times on the PGA Tour.  He won two Green Jackets and a U.S. Open.

Ms Wade is a CBS sports executive and is seen as a widely respected figure in the golf world. She was senior vice president of communications at CBS.

Now she works with the Endeavor agency and White Tee Partners, a women-owned marketing agency that she co-founded.

Watson bid farewell to competitive golf in 2019. His last major appearance was an emotional one at the Senior Open, a tournament he won three times.

He bid farewell to the majors in a place that defined his career. It was even more emotional because his then-wife Hilary was battling cancer. She later died that November aged 63.

A broken Watson described her as his hero.

He said of her: "The void she leaves will be filled by memories which will always remain as they leave indelible marks on our souls which we will never forget. She said she was dying to live, not living to die throughout her entire ordeal with her cancer. She's my hero."