Golf joggers have become the latest debate in golf clothing and it is another step towards the modernisation of the sport's dress code. But do you agree with it? 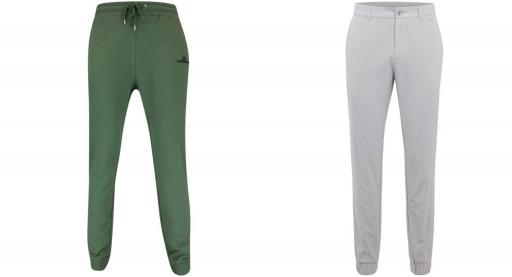 Some people would say that debates in golf clothing are becoming a bit tiresome, but for us, they are relevant and significant developments in the sport.

Brands are beginning to push the boundaries and challenge the traditions of golf. To be fair, why not? Every aspect of life must move with the times and adapt to the new demands of the public.

So far, golf shoes resembling trainers, the release of golf hoodies and the emergence of collarless shirts are all changes in golf clothing that have occurred in recent years.

Golf hoodies are arguably the most controversial garments in the game. They burn the eyes of experienced golf fans and look out of place on the golf course.

Now, golf joggers are becoming popular. In my opinion, this is a concerning development because this is a very informal move into a new realm of dress code.

Golf is such a unique sport and part of its individuality are the rules and regulations surrounding what you must wear. If you don't want to follow the rules, that is fine but don't go out of your way to break them at self-respecting golf clubs.

Golf joggers could be a garment that crosses the line between the social sphere and the golf sphere. J Lindeberg and PUMA are two brands that currently sell golf joggers.

But as DP World Tour pro Richard Mansell told GolfMagic, brands are trying to reach out to younger generations and make golf appeal to people so participation increases.

If the demand is high for golf joggers, who are we to stop it from happening? This is the way the sport has been going for a number of years now.

Take a look below at some of the most interesting comments from golf fans about golf joggers:

"Let people wear what they want. The game is expensive enough to get into... Encourage don't exclude," one fan said.

"Yes! Get the tracksuit bottoms, hoody and trainers on," one fan commented.

"If you can afford a set of clubs, you can at least buy a half-decent pair of trousers or shorts," another fan said.

"No, I believe the dress code should be revamped and dragged out of the dark ages but joggers don't look smart at all," another fan commented.

"No!!! What’re next.. jeans and sleeveless shirts? In golf, you’re Supposed to look respectable not like a slob shopping at Walmart," one fan said.