Scottie Scheffler finally dropped the moniker of being the best player yet to win on the PGA Tour at the WM Phoenix Open. 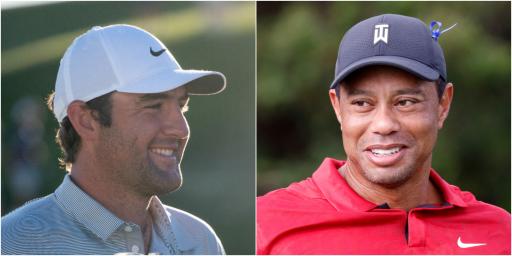 The 25-year-old had gone into the week with the moniker of being the best player in the field not to taste victory.

He had come close on a number of ocassions. Four times, in fact, he had been a runner up. There were four top-10s in majors too.

Scheffler had even managed to shoot a 59 at the 2020 Northern Trust. At the time, he was the 12th player in PGA Tour history to go that low.

Apart from that, he obliterated world number one and golf juggernaut Jon Rahm 4&3 at the 2021 Ryder Cup at Whistling Straits.

How does a player, who has done all that, not win? On his 71st attempt, Scheffler stepped into the winners' circle.

Scheffler had an easy-ish chance to win in regulation, but pushed his putt. In the end, he drained a putt three times that in length to win.

With Bubba Watson's former caddie Ted Scott on the bag, they had finally figured it out. That 25-foot putt was inch perfect.

"I really don't know what to say. My head is kind of spinning right now, but that was nice for sure," he said afterwards at TPC Scottsdale.

Perhaps Scheffler had a bit of inspiration from Tiger Woods, who will return to the public eye once more at the Genesis Invitational.

He was spotted wearing these:

Woods' caddie was also at TPC Scottsdale, it seems:

What did Scheffler say about his win?

"You know, I don't know. I played pretty poorly the first two days. As bad as I've scored with how good I've been playing, I've been playing great and I was getting so frustrated because I was scoring so poorly. To kind of put things together yesterday and get through all the mistakes I made today and still pull it out is pretty [special]".

How much did Scottie Scheffler win?