Golfer forced to change the colour of his socks; causes dress code row

Golf dress code row at Gillingham Golf Club - what do you make of this? 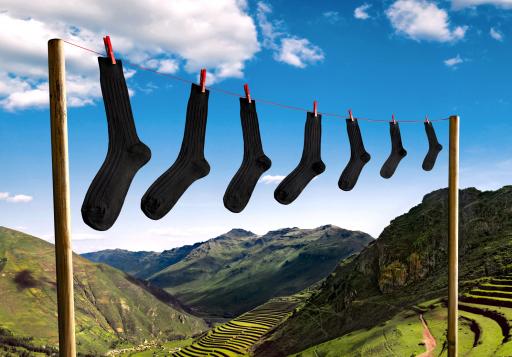 A golfer has been forced to remove his socks while playing golf at Gillingham Golf Club all because they were considered too dark.

Andy Richards was sent straight to the pro shop by staff at the club and told to change his socks if he wanted to continue playing his round of golf as his black socks did not adhere to the club's strict dress code.

According to Gillingham GC's dress code rules on the subject of socks with shorts, "only white ankle socks are permitted on the course when wearing shorts."

"Up for a dress code but this is archaic and puts me off going back," Mr Richards told Kent Online. "It's a shame as we're new players supporting our local club and it's great value too."

Me taking my 'dark socks' off at @GillinghamGC I was summoned to the pro shop to be embarrased. Up for a dress code but archaic & puts me off going back. Shame as we're new players supporting our local club and it's great value too. Do you wear dark socks @ShaneLowryGolf?⛳ pic.twitter.com/DsTC18sSxP

Taking a quick look on social media to see what golf fans have made of the sock change, and the majority consider it farcical.

"The fact the type of socks you wear is still a thing in golf dress code is an absolute disgrace."

Another golfer said: "Absolutely ridiculous rule. Who cares what colour socks someone has on."

There are a number of clothing rules on the golf course website, including no shirts outside trousers, denim or anything other than predominately white ankle socks when wearing shorts.

"I haven't encountered the 'sock code' in 25 years of playing the game so came wearing my stripy socks," said Mr Richards.

"It wasn't a friendly experience as a newcomer to the course. Found it all a bit odd."

One golf fan is supporting the change of socks, however, when commenting: "Most clubs have this rule. Whether we like it or agree, it’s the golfers responsibility to check before leaving the house."

Gillingham Golf Club's response was: "We do have a dress code outside our pro shop for visitors and members alike to read prior to going out onto the course. Hope you enjoyed playing on the course."

What do you make of this dress code rule? Share your thoughts on our social media channels.