PGA Tour player Harold Varner III believes the fact that there is a debate about wearing hoodies on a golf course shows the current issues with the sport. 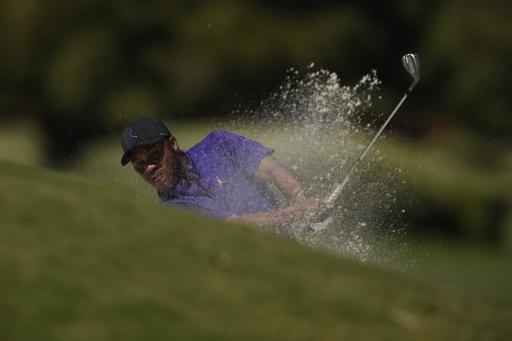 Harold Varner III has ripped into those who have an issue with hoodies being worn on the golf course, saying "if you really think a hoodie's a problem, then you probably suck at golf anyway."

The hoodie debate sparked when Tyrrell Hatton won the BMW PGA Championship wearing a golf hoodie every day at Wentworth and it seems to be a topic that we can't shake.

Hatton wasn't the first person to wear a hoodie on the golf course and he won't be the last, with Rory McIlroy adding fuel to the fire when he rocked a Nike golf hoodie for the final round of the ZOZO Championship.

RELATED: The hoodie debate continues as Rory McIlroy rocks one on the PGA Tour

A few days ago, Varner tweeted "The fact that golf is worried about a hoodie is honestly what’s wrong with golf" which of course caused another stir, with hundreds of replies in the comments.

Varner returns to action on the PGA Tour this week at the Bermuda Championship and speaking to the media ahead of the event, the World No.120 ripped into the dinosaurs of our sport who have an issue with hoodies on the golf course. Watch part of Varner's interview in the video below.

"My tweet had nothing to do with a hoodie, it's the fact that we're talking about a hoodie and we're not worried about how we're going to get more people into golf and how we're going to grow the game. That's the part that's funny to me because some people are bitter, man. They want it to be like a certain way.

"I don't really care that you're mad what I think of a hoodie, you know, and if you really think a hoodie's a problem, then you probably suck at golf anyway."

What makes Varner's comments even better is the fact that although he has leapt to the defence of wearing hoodies on the golf course, he revealed he would never wear one himself.

"No. That's another point, I would never wear a hoodie. If I put on a hoodie, man, I wouldn't take [the club] past my hip."