Ian Poulter: It would be FAIRYTALE to become Ryder Cup captain

The Postman has admitted he wants to become 2025 Team Europe captain, but wants one last win as a player first. 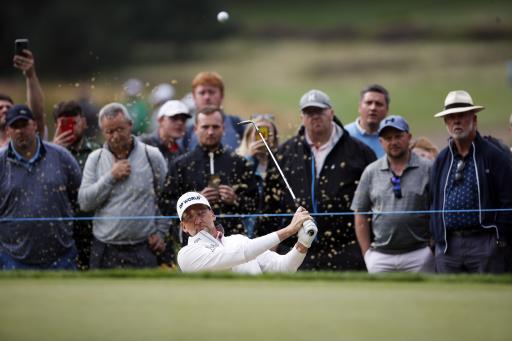 When you think of Team Europe in the Ryder Cup it's now at the point where it's synonymous with Ian Poulter.

It's not certain but it looks like the Postman will be named one of captain Padraig Harrington's picks later this week.

Poulter, 45, has featured on five winning Ryder Cup sides during his six appearances and has become a talisman for every captain.

He carded a dissapointing level par 72 on day one of the BWM PGA Championship at Wentworth Club.

The Englishman flat out chunked his chip at 18 in front of the grandstand but saved his blushes and showed typical Poulter metal to hole the par putt.

But earlier this week he was speaking about the Ryder Cup and his ambitions when he finally stops playing in them.

Whistling Straits should be the curtain closer for Poults.

"If I'm in the position that I'm asked in 2025, obviously I would be thrilled and honoured to be in that position," he told Sportsmail.

"But until that time comes where my phone rings and I'm asked, it's a fairytale dream.

"I can only say how amazing it truly would be. It would be an honour to have served Europe as a player and be asked to be captain.'

It's more than likely Poulter will first serve as a vice-captain in 2023, rather than be asked to be a captain straight away.

He added: "I have played extremely consistently and I'm only just out of the team on points itself," he said.

"A couple of guys are potentially in front of me and knowing that Harrington has three picks, I feel relatively confident that I'm close enough to the team to merit a pick. But it's on Paddy."