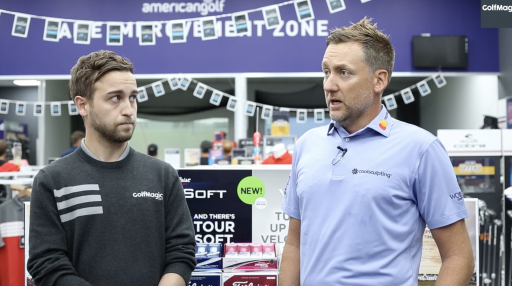 Ian Poulter has told GolfMagic in an exclusive interview that he intends to silence his US Open hecklers by helping Europe bring home the Ryder Cup at Le Golf National this September.

Poulter, who finished tied 25th at last week's controversial US Open at Shinnecock Hills. was jeered and taunted by a small number of rowdy American fans while in contention for his maiden major title over the weekend.

"I don't have a message for those guys other than let's wait until September when we bring the Ryder Cup back home," Poulter told us.

Watch our exclusive video interview below, where Poulter not only talks about the upcoming Ryder Cup and his admiration for captain Thomas Bjorn, but also all the controversy from last week's US Open, including his thoughts on Phil Mickelson's 'moving putt' incident, his anticipation for the Open Championship at Carnoustie and his beloved Arsenal's chances in the Premier League under their new manager next season...

GolfMagic caught up with Mastercard ambassador Ian Poulter at the launch of the American Golf campaign for The 147th Open Championship.

Anyone making a purchase with Mastercard in store or online with American Golf during the campaign has a chance to see Ian in action on a priceless trip to the Championship at Carnoustie Golf Links, courtesy of Mastercard, Official Patron of The Open.

LIV Golf
Ian Poulter on LIV Golf event: "It's a big attraction... lots of pluses to it"
PGA Tour
Ian Poulter hits MONSTER DRIVE at AT&T Byron Nelson - using a path!
Equipment
Do FootJoy produce the BEST golf shoes on the PGA Tour?
LIV Golf
Kevin Na on Saudi: "People come up with rumours and they write things"
The Masters
Ian Poulter responds to golf fan after being called a d*** in his DMs