The property known as 'Lucky Strike' overlooks the 11th and 12th holes of Pebble Beach, but you may need to strike it lucky in the lottery to live there... 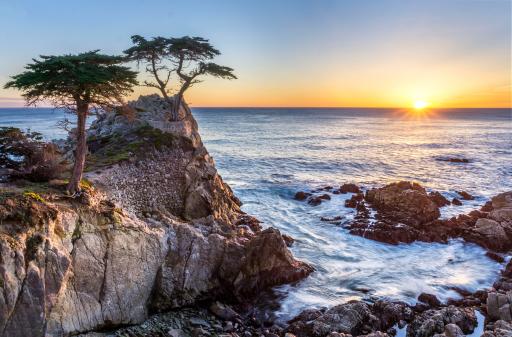 Many people's interests would be golf-orientated. Perhaps you want to play at the home of golf at St Andrews, which hosted The 150th Open Championship, or travel to America to play some of the great courses such as Pebble Beach or TPC Sawgrass.

What about a house on a golf course? If you do stumble across the millions we all dream of, look no further than Pebble Beach as a brand-new property has entered the market.

'Lucky Strike' has been put up for sale for $31 million, Yes, $31 million. This mansion is a short distance away from the 11th green and the 12th tee box of the famous course.

A two-acre Pebble Beach home with views of the 11th and 12th hole as well as the ocean is hitting the market for $31 million.

Its seller is lawyer Cary Patterson, whose firm helped recover more than $17 billion in damages for the state of Texas from Big Tobacco. pic.twitter.com/fmAu1xJpt1

The property is owned by Cary Patterson, a lawyer who represented the state of Texas in a big civil case against the tobacco industry. This led to a settlement in the state's favour of $17.6 billion.

The mansion is 7,700 square-foot and it features four bedrooms, a movie theatre, a cottage for guests and a garage that has an office. The whole property spans two acres and it also has a beautiful view of the Pacific Ocean.

Pebble Beach is regarded as one of the most scenic venues in the sport. It has views of Carmel Bay which opens to the ocean on the Monterey Peninsula. When you put it like that, the price tag of $31 million is fully expected.

Established in 1913, the venue has hosted the US Open six times. Gary Woodland won his maiden major title at the famous course in 2019.

It will host the US Open again in 2027, so whoever is lucky enough to snap up 'Lucky Strike', will have the best seat in the house to watch the best players in the world.