The USGA has announced that Pebble Beach will host four US Opens in the next 22 years and four US Women's Opens until 2048. 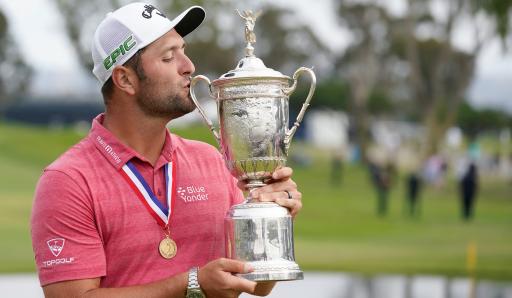 Pebble Beach, one of the world's most iconic golf venues, will host four more US Open Championships until 2044, extending the course's illustrious history of major championships.

The USGA also confirmed that the US Senior Open and the Senior Women's Open will be held back-to-back in 2030 at Spyglass Hill, another of the world's premier golf courses.

"In addition to elevating our Open championships, the USGA and Pebble Beach are committed to working together to ensure a more diverse, welcoming and accessible game. We couldn’t be more thankful for their collaboration and like-minded vision."

Three years ago, Gary Woodland won his maiden major title at Pebble Beach when he finished three shots clear of Brooks Koepka who was denied a third consecutive US Open victory.

The west-coast course has hosted six US Opens and one PGA Championship since it was established in 1919. The first US Open held at Pebble Beach was won by Jack Nicklaus in 1972.