Injury forces McIlroy to turn back on wife 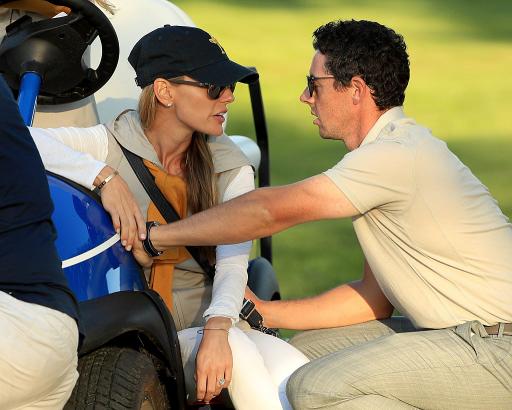 Rory McIlroy admits he's been forced to turn his back on wife Erica at night in order to take some strain off his back injury sustained during this week's Players Championship.

McIlroy said he’s been trying to sleep on his right side at night, but that has created another interesting development for the newlywed.

“That's sort of facing away from Erica and she's like, ‘Why? Are you not happy with me? What's going on?’” laughed McIlroy, who got married to Erica several weeks ago after the Masters.

McIlroy, who missed a few starts earlier this year with a rib injury in his back, plans to have an MRI on Monday in Belfast.

“I'm hoping that it just shows a slight little tear in the muscle or something like that. A little strain,” he said.

“It's in the same place as before, but it's so much better. I have full rotation, I don't have trouble breathing, so all the signs point that it's not going to be too serious, it's just giving me a bit of discomfort.”

The world number two finished outside the top 25 on 2-over at the Players Championship.