It appears everyone has an opinion on Max Verstappen's dramatic win over Lewis Hamilton in Abu Dhabi. 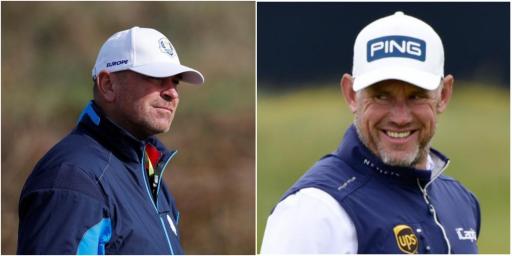 High profile members of the golf world appeared to have their eyes glued to the Formula One this weekend.

Max Verstappen is now the champion of the world but it was not without controversy as he snatched the title from the jaws of defeat.

Of course, by now you will have your own opinion about what happened in the race and on the final lap in Abu Dhabi.

The golf world was watching, too. Ian Poulter, who recently played a round of golf with Carlos Sainz, had this to say:

Trying to understand the end to the @F1 earlier

Fun week with Charles Howell III at the @QBEshootout pic.twitter.com/bm1fGPRbA5

Elsewhere, Thomas Bjorn suggested that he thinks Formula One should have a rule change and not finish a race behind a safety car.

"Today there should have been at least five laps of racing at the end," he posted.

Am I the only one that thinks that F1 needs a rule change.
They should not finish behind a safety car if possible.
Today there should have been at least 5 laps of racing at the end.
I’m obviously overlooking a million different reasons for why this couldn’t work

Lee Westwood jokingly told his former skipper to stick to golf and the Dane replied: "I was wondering when you'd enter the conversation."

The main controversy arose with the way the tournament director handled the decision to restart the race on the final lap.

Whoever won the race would win the title and Lewis Hamilton had dominated the race after overtaking Verstappen off the grid.

There was a crash with five laps left and the safety car was deployed and the Dutchman pitted for new tyres.

Hamilton could not because he would have lost the lead.

That resulted in Verstapped having fresher, grippier tyres and he passed to claim his first world title.

Mercedes are reportedly not letting this go and are likely to head to the courts.

Two of their complaints about how the race was handled were dismissed last night.

Some other tour professionals took a more dramatic view:

Waited all day to watch the f1, didn’t know result. Unreal watch but can’t help think it was fixed. Last place spins off, safety car stays out until last lap, MV changes to softs and they allow the back markers passed the SC when LH passed them during the race! MV doesn’t have to