It has been claimed there has been damage to the tee boxes, fairways and drug paraphernalia was also found. 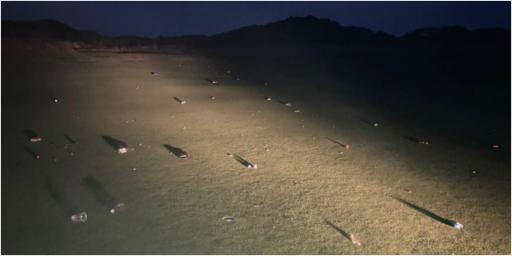 A golf club manager has claimed a group of partying youths have caused thousands of pounds worth of damage.

Sean Manning, 39, the general manager of Littlehampton Golf Club, claims that the meet-ups began at the beginning of the summer.

He told the Littlehampton Gazette the green keepers would come in to find fairways littered with drinks bottles and rubbish.

Drug paraphernalia was also found on the site, he claimed, as the group are said to have entered on site via a World War One fort.

Manning told the local paper that there was damage to the greens, tees and flags were stolen or snapped.

He told the paper there were a number of meet ups over the summer but felt they would stop.

But in November they have started again, he claimed, and now they are at the point where the damage has cost them thousands.

"On November 19 it happened again. The damage was really bad and we're now into thousands of pounds worth of damage to the course now, and not to mention again the waste left behind.

"We did call the police when these incidents happened in summer, but they weren't able to attend. We called them again when this most recent incident occurred.

"The police arrived and were met with about 50/60/70 youths. They called for back-up and when they arrived, they said there were too many people there for them to do anything."

A spokesperson for Sussex Police was quoted as saying:  "Police are aware of incidents of anti-social behaviour at Littlehampton Golf Club in the summer and in the past few weeks, however there have been no reports of "illegal raves" held by a large group of people.

"Our Neighbourhood Policing Team will be increasing proactive patrols in the area over the next few weeks in order to prevent and deter any further incidents of anti-social behaviour."

Manning went on to say the issue has damaged staff morale because of the work involved to repair something they have spent years maintaining.

"My staff wake up at four in the morning and come to work in the freezing cold to look after our green. Some of these guys have been doing it for years and the course feels part of them - they have an ownership over it.

"They are coming to work and seeing these young kids just absolutely destroying the course, it is really demoralizing.

"Take away the loss of money, we've got staff that are really demotivated, demoralised and hurt by these incidents to be honest. Our members are unhappy because they pay a lot of money for this course and it has been damaged."