The Match 2022: When does it start? Where is it being played? Who is playing?

The sixth edition of The Match is set to begin today and we will see an all-NFL affair with Tom Brady and Aaron Rodgers taking on Patrick Mahomes and John Allen. 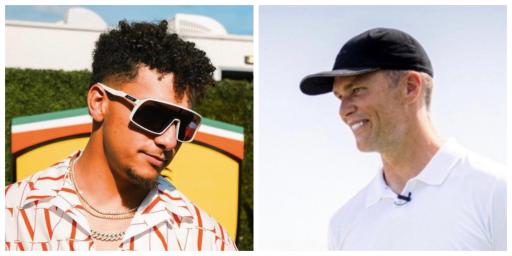 The Match No.6 is the first match not to feature any golfers from the PGA Tour and it is the first edition not to include Phil Mickelson in any capacity.

Mickelson has teamed up with the likes of NFL legend Tom Brady and basketball icon Charles Barkley in previous fixtures, but he continues his exile from public life off the back of the Saudi revelations.

As for Brady, he is making his third appearance in The Match and at Wynn Golf Club later today. He will team up with Aaron Rodgers of the Green Bay Packers against Patrick Mahomes of the Kansas City Chiefs and Josh Allen of the Buffalo Bills.

This is the second time that The Match has been played at Wynn Golf Club in Paradise, Nevada. It was used in the last edition when Brooks Koepka beat Bryson DeChambeau 5&3.

Rodgers is also making his second appearance at the event. He teamed up with former US Open champion Bryson DeChambeau to beat Mickelson and Brady 3&2 in The Match IV in 2021.

The inaugural playing of the event happened in 2018 when Mickelson took on Tiger Woods at Shadow Creek Golf Course. Lefty beat Woods after 22 holes and he took home the $9 million prize fund.

The Match will be shown live on TNT this evening and the coverage is set to begin at 7 pm eastern time. It is an American football all-quarterback showdown which was first announced on April 18.

It will be a 12-hole match using a format of modified alternate shot. Rodgers reportedly has the lowest handicap of 5 and Tom Brady allegedly has a handicap of 8.

Mahomes is reportedly off the same mark as Brady whereas Allen is said to have a handicap of 9. As ever, The Match will be an entertaining fixture and it will have a different outlook without any professional golfers involved.

Next Page: Adam Scott's new custom-made Miura irons at the Memorial are a thing of beauty...