Matt Kuchar was grilled by the European Tour commentary team for his loose-impediment incident during the Porsche European Open. 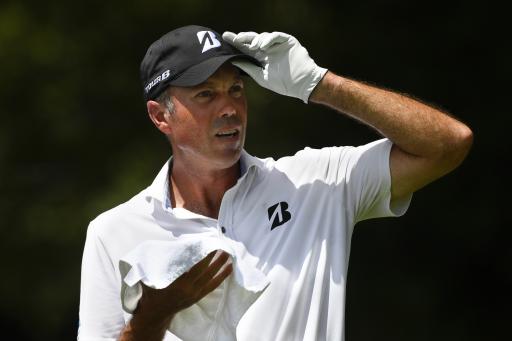 It's been an odd year for Matt Kuchar to say the least. He's been in the headlines multiple times this season and not for all the right reasons. Well once again Kuchar was involved in another incident at the Porsche European Open and this time even the commentary team were tearing him a new one...

Earlier this year, Kuchar won the Mayakoba Golf Classic, earning around $1.3m, but his win was spoiled with onslaught of abuse he received, as Kuchar refused to pay his stand-in caddie, Mexican local David Ortiz (El Tucan), the full 10% fee that he would his regular caddie.

If that wasn't enough, the American welcomed more controversy at during the Memorial Tournament in May when Kuchar tried to claim a pitch mark that clearly wasn't his in order to gain relief from it. He demanded to speak to two rules officials and when they had both told him the same thing, he said "could I ask for a third?" and was told to get on with his golf.

After a nice four month break away from any form of controversy, it was only a matter of time before Kuchar was at it again, this time on the European Tour at the Porsche European Open.

Kuchar found his ball in a waste area and wanted to remove loose impediments that were around his ball, but seemed to take a lifetime in doing so, much to the frustration of the European Tour's commentary team, who believed Kuchar was taking it a little too far. What Kuchar was doing was perfectly legal, but many believe Kuchar was showing a poor level of sportsmanship. Watch the incident in the clip below and listen to what was said...

Announcers were not too happy pic.twitter.com/Jnd9GItyPq

“He’ll be here a long time,” one of the announcers said.

“Well he’s going to have a perfect lie in a minute, if he keeps going,” another announcer replies. “So what he’s doing, is he’s treating them like they’re all little loose impediments, and [the ball will] be on a tee peg very shortly.”

“I just don’t understand that. I think that is not quite...," replied the other, laughing.

“Well he’s doing it very quickly, isn’t he?” the other says. “Because what he’s been told is he can move the bigger bits, but what he’s doing is he’s moving everything. So just get him a spade.”

Kuchar went on to miss the cut, shooting four over par after two rounds.