How do you rate the performances of Jon Rahm, Collin Morikawa, Patrick Cantlay et al? 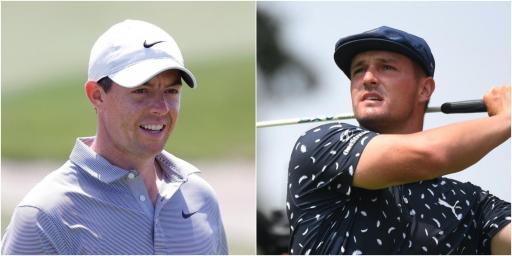 Here at GolfMagic we thought we'd have a little bit of fun and rank the world's top 20 golfers based on the year they've had in 2021.

Of course ranking points do paint a picture of the measure of their success but the game is of course about opinions too.

The Spaniard captured his first major title at Torrey Pines in a blistering spell of form over the summer. He was unlucky not to win the PGA Tour player of the year. He was brilliant at the Ryder Cup in the face of United States dominance.

What can you say about Morikawa that hasn't already been said. He became the champion golfer of the year when he lifted the Claret Jug at Royal St George's Golf Club. He will be a number one sooner rather than later. He had a fantastic Ryder Cup too.

Superb at the Ryder Cup but will be frustrated by his performances in the majors since he won the 2020 Masters. He missed the cut as he sought to defend his title. He lost his world number one status, too.

Three wins on his way to becoming the FedExCup champion and the PGA Tour player of the year. A dominant year for someone who can only get better. His play-off win at the BMW Championship against Bryson DeChambeau will be remembered for some time.

That major continues to elude him but he became and Olympic champion.

Won the Players early then struggled to find his best form. He admitted to struggling with some issues off the course.

Hovland has equipped himself very well since turning professional and already has a number of wins under his belt, including the Mayakoba Classic he won early in the year.

Won the Arnold Palmer Invitational in March but will be frustrated by his performances in the majors. Played very well at the Ryder Cup and will look to have a very big 2022.

By his own lofty standards McIlroy will want to have a better 2022. He was upset by his performance at the Ryder Cup and his showings at the majors, but he still managed to win again on the PGA Tour.

Four top-10s in the majors show us his class and enduring quality.

The only thing missing for Scheffler was a win. As a Ryder Cup debutant, he performed well. Came close at Muirfield and also performed very well in the majors.

Managed to finally win on the PGA Tour again. Will want to get a few more wins under his belt next year and capitalize on good starts in the majors.

Won at Valspar and looks like he will be a serious contender in 2022 to make a major statement.

Returned to the fold with a win in Texas and was sublime at the Ryder Cup. Went close at the Open and looks to be the Spieth of old.

Struggled with injuries but still did okay in the majors considering. Was second at Kiawah Island at the PGA Championship, fourth at the Open and sixth at the U.S. Open. Won the Waste Management Phoenix Open in February.

Will want to do better in the majors. Won the WGC FedEx St. Jude.

Won the Travelers and the Sentry Tournament of Champions and finished in the top-10 of two majors.

Purely for his performance at Augusta National.

Won the AT&T Pebble Beach Pro-Am and followed that with two top-10s in the majors before making his debut at the Ryder Cup. Has all the talent to be a serious, serious player and will look to improve in 2022.

Won the Charles Schwab challenge and has vaulted himself into the top-20 with a win in the fall schedule at the Houston Open.