Paul Casey was beaten by his amateur playing partner on day one at the SMBC Singapore Open. 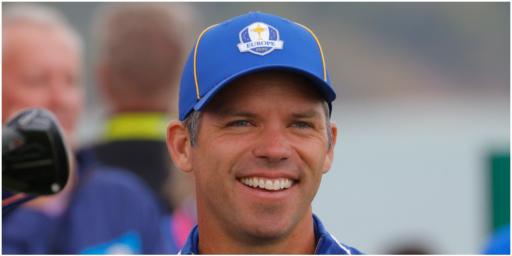 Paul Casey was beaten by his 14-year-old playing partner on day one at the SMBC Singapore Open.

GolfMagic has detailed the skill of Ratchanon Chantananuwat before, the phenom who has been making waves on the Asian Tour.

Amateur Chantananuwat posted an opening round 68 to sit within two shots of the lead as Casey posted a 5-over 76.

They are playing the tournament at the Serapong Course at Sentosa Golf Club.

Chantananuwat made birdie in two of his first four holes and then followed that up with an eagle at the par-5 seventh.

Play was suspended on day one due to lightning, with several players still out on the course.

Suradit Yongcharoenchai held the clubhouse lead with an opening bogey-free 66.

This is the second event of The Open Qualifying Series, with four places up for grabs at the 105th Open at St Andrews available to the leading players - not exempt - who finish in the top 12 and ties.

Casey is without his long time caddie John McLaren, who is affectionately known as Johnny Longsocks. He is taking a break from carrying, citing issues with his mental health due to the pandemic and travelling.

Asian Tour
Paul Casey
The Open
Ryder Cup
jonny longsocks
Previous
The top 10 golf courses in the world according to these four criteria
Next
WATCH: Who remembers when a FIGHT broke out at The American Express on PGA Tour?