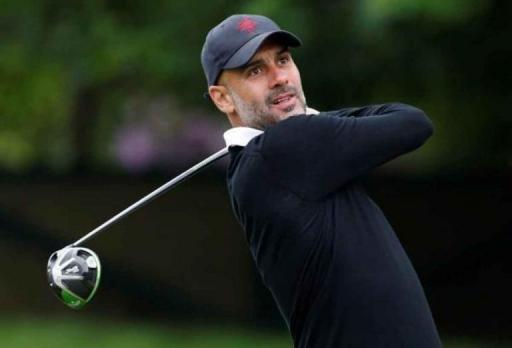 Perez claimed he gets invited to a golf tournament hosted by Guardiola every now and then, and that the topic of Ajax is usually always at the front of the agenda due to his love of the club.

So much so, Perez believes there is every chance Guardiola will manage the Dutch side one day.

"He has a golf tournament now and then and I get to join. He cannot disguise his fascination for Ajax.

Guardiola is said to hold a very close connection to Ajax as a result of their connection with late football legend Johan Cruyff, who died aged 68 in 2016.

The Man City boss, won recently won the Premier League, is a huge golf fan and holds a close relationship with PGA Tour pro Tommy Fleetwood. The pair are often spotted playing alongside each other in Pro-Am events and charity days.

At the back end of 2020, Guardiola even discussed how the mental side of golf is so important and how much he has learned from the sport and taken it into football.

"You can always learn from other sports," Guardiola said in an interview on Puma India's Instagram page.

"It is nice to know, for example, the mental approach in golf is so important. When you speak to big athletes, you learn how mentally strong they are. We can learn a lot from other sports.

"Football players are so smart. They are intuitive. When you are fake, they realise. You can make mistakes and bad decisions, but you cannot be not authentic. Try to convince them how you want to play. This is the only way I know."

Guardiola is said to play off a 12 handicap.

NEXT PAGE: TIGER WOODS TO BE BACK PLAYING GOLF BEFORE THE 2022 OPEN, BELIEVES TOM WATSON