Pro golfer Daniel Garner has been given a banning order lasting three years for his "vile and inciteful" behaviour. 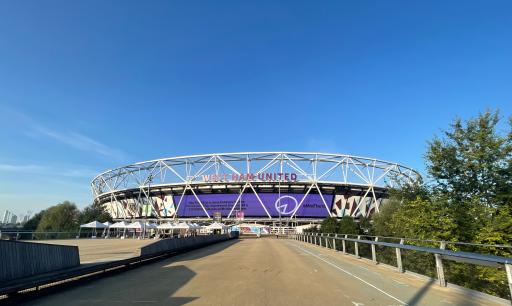 A professional golfer who admitted making several Nazi salutes towards Austrian fans during a West Ham game has been banned from attending football matches for three years.

PGA professional Daniel Garner, 26, later told police that he was intoxicated when he attended the West Ham versus Rapid Vienna Europa League match at the London Stadium on 30 September 2021.

He was described by the prosecution at Stratford magistrates' court as making several gestures.

Garner was given a fine of £166 and a banning order that will prevent him from attending matches in England and Wales for three years.

The pro will also have to surrender his passport to police when the national team plays abroad.

Prosecutors said that despite being intoxicated it was no excuse for his behaviour.

Nosheen Hussain, from the Crown Prosecution Service, said his conduct as "insulting and inciteful", adding: "Football fans from any country should never have to tolerate abusive behaviour

"The prosecution case included CCTV footage which clearly showed Garner making offensive Nazi salutes toward Austrian fans. During police interview, he claimed to be intoxicated but this is no excuse for such vile behaviour.

"The CPS will always aim to prosecute those who seek to cause harassment."

Garner, of Hornchurch, east London, admitted one count of using threatening or abusive or insulting words or behaviour to cause harassment or alarm or distress.