The R&A have joined other sporting bodies in condemning the Russian invasion of Ukraine. 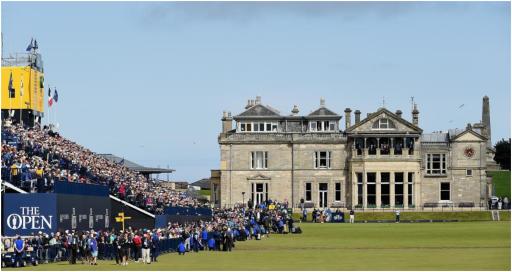 Golf's global governing body, the R&A, have joined other sporting organisations in condemning the "deplorable" Russian invasion of Ukraine.

In a statement, they have denounced the attacks by Vladamir Putin and his forces which began 10 days ago.

They have said that they would refuse entry to all of its upcoming championshiops - including amateurs - to golfers from Russia and its ally Belarus.

The statement reads: "We have considered the situation in the context of our direct responsibilities for governance, for staging golf events and for developing and investing in the sport around the world."

66224. That's how many men returned from abroad at this moment to defend their Country from the horde. These are 12 more combat and motivated brigades ! Ukrainians, we are invincible! #FightLikeUkrainian

Golf's governing body says they fully support the recommendations of the IOC and the International Golf Federation in excluding Russia and Belarus from international team championships.

Currently, they are not expecting entries from Russian or Belarusian golfers in scheduled R&A-qualifying events, but in the event they would do so they would decline.

They are currently reviewing the implications for matters such as international rankings and the World Handicap System.

The R&A say they will contribute to a humanitarian aid fund and will offer direct support to the Ukranian Golf Federation.

At the time of writing, the first ceasefire was declared 10 days after the invasion began.

More than 1.2million Ukranians have fled. As of 5 March, 352 military and civilian deaths were declared by the Ukranian's healthcare ministry. Of those, 14 were children.